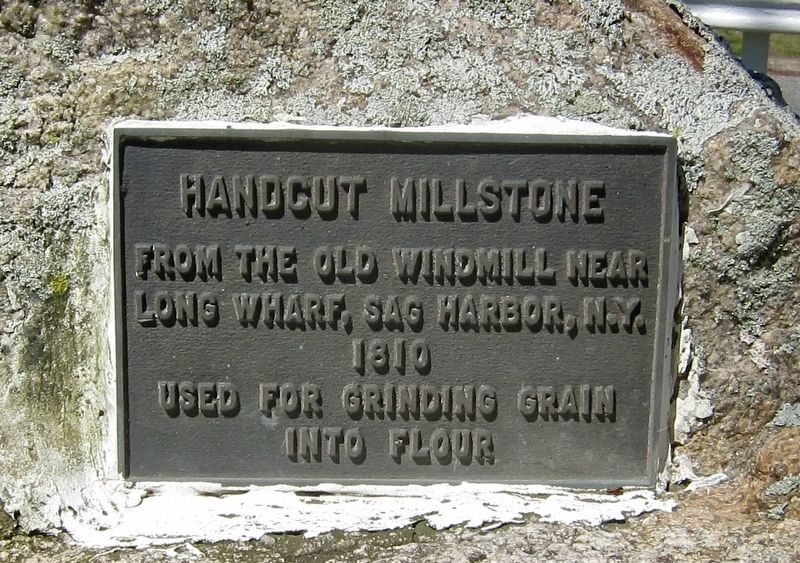 from the old windmill near Long Wharf, Sag Harbor, N.Y. 1810 used for grinding grain into flour

More about this marker. The marker is on the grounds of the Sag Harbor Whaling & Historical Museum, just inside the fence, at the northern end of the grounds. 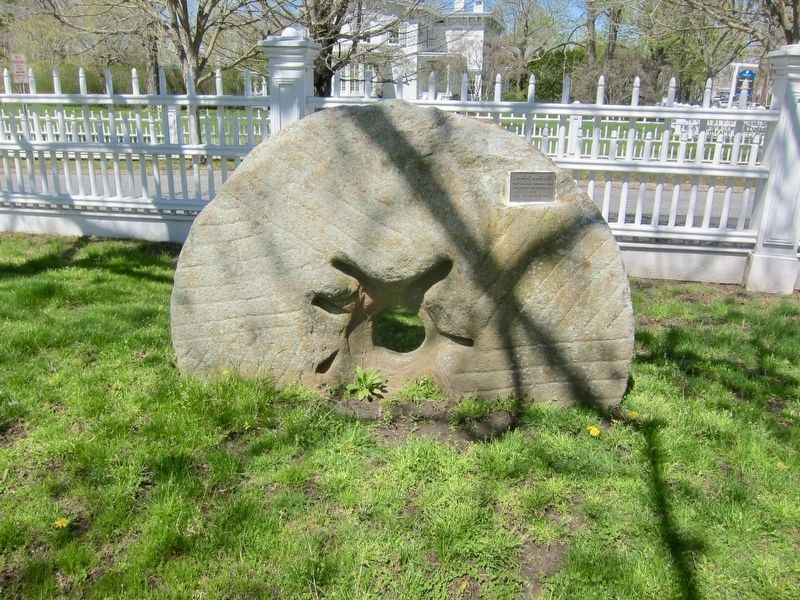