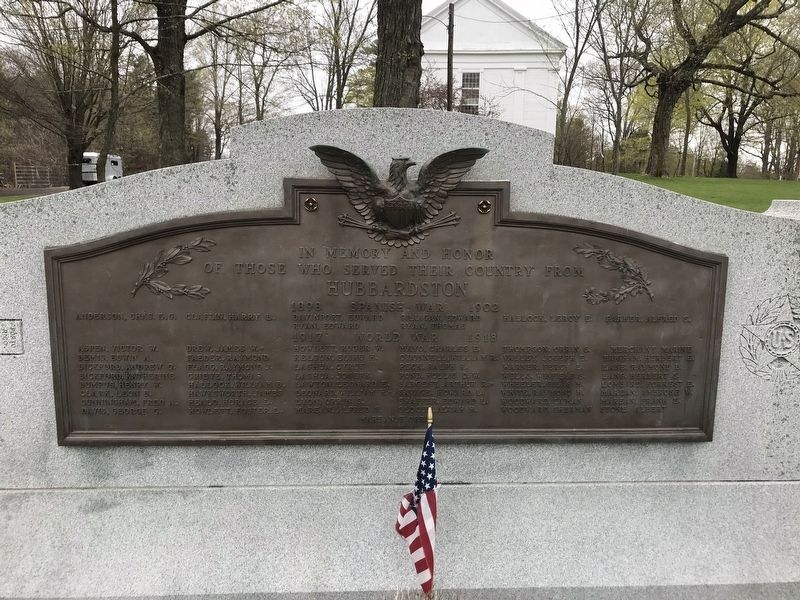 In memory and honor those who served their country from Hubbardston

Location. 42° 28.488′ N, 72° 0.379′ W. Marker is in Hubbardston, Massachusetts, in Worcester County. Memorial is on Main St (Massachusetts Route 68), on the right when traveling north. Touch for map. Marker is at or near this postal address: corner of Main St /Brigham St, Hubbardston MA 01452, United States of America. Touch for directions.

More about this memorial. Liats name of residents who died during the war 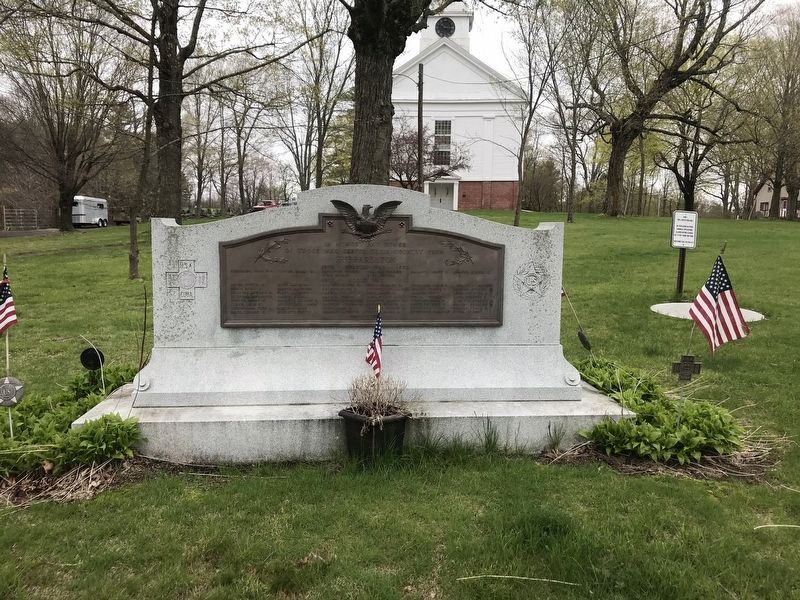