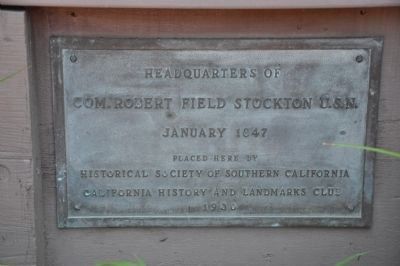 Erected 1930 by Historical Society of Southern California; and California History and Landmarks Club.

Topics. This historical marker is listed in these topic lists: Military • War, Mexican-American. A significant historical month for this entry is January 1847.

Location. 34° 3.446′ N, 118° 14.279′ W. Marker is in Los Angeles, California, in Los Angeles County. Marker can be reached from Olvera Street north of Paseo De La Plaza, on the right when traveling north. Marker is located at the Aliva Adobe at the El Pueblo de Los Angeles Historic Monument. Touch for map. Marker is at or near this postal address: 10 Olvera St, Los Angeles CA 90012, United States of America. Touch for directions. 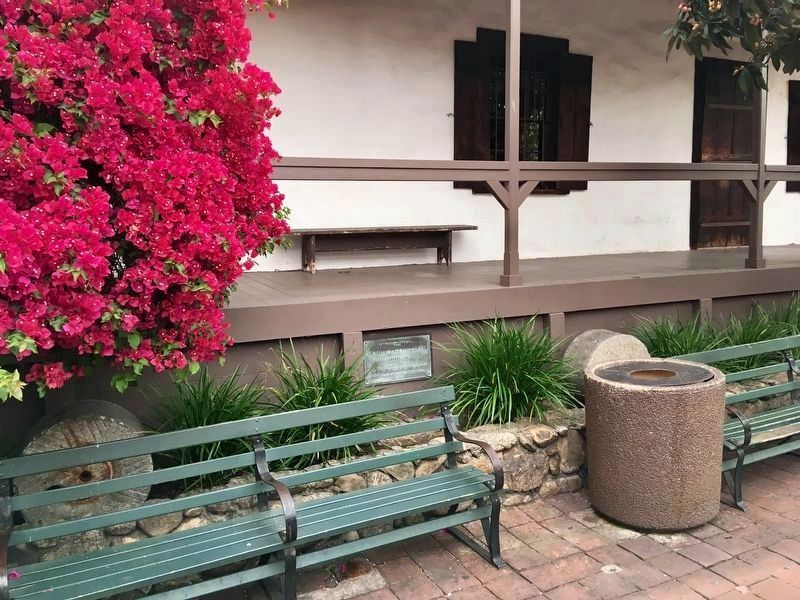 Photographed By Craig Baker, May 7, 2019
2. Headquarters of Com. Stockton Marker

More about this marker. This adobe house was built ca. 1818 by Don Francisco Avila, alcalde (mayor) of Los Angeles in 1810. Used as Commodore Robert Stockton's headquarters in 1847, it was repaired by private subscription in 1929-30 when Olvera Street was opened as a Mexican marketplace. It is the oldest existing house in Los Angeles. SOURCE: California Historical Landmarks, California State Parks 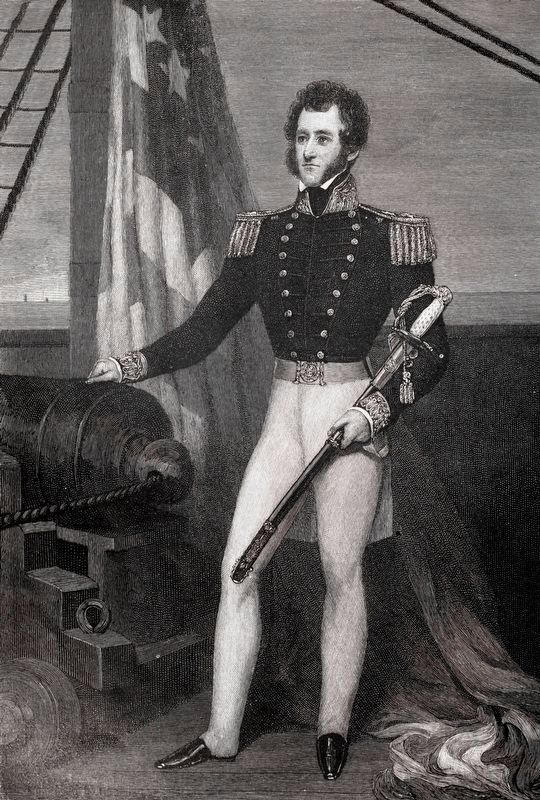 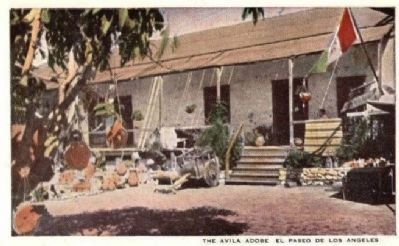 Photographed By Gardner Thompson Co., Los Angeles - California Scenic Views
4. The Avila Adobe - El Paseo de Los Angeles
This is the oldest and most historic building in Los Angeles, built in 1818 by Don Francisco Avila. It was occupied as American headquarters in 1847. The rooms are furnished in the period of Early California. Olvera Street was the first main thoroughfare in Los Angeles.
Credits. This page was last revised on April 6, 2022. It was originally submitted on January 2, 2012, by Michael Kindig of Long Beach, California. This page has been viewed 1,309 times since then and 44 times this year. Last updated on May 8, 2019, by Craig Baker of Sylmar, California. Photos:   1. submitted on December 26, 2011, by Michael Kindig of Long Beach, California.   2. submitted on May 8, 2019, by Craig Baker of Sylmar, California.   3. submitted on October 12, 2020, by Allen C. Browne of Silver Spring, Maryland.   4. submitted on January 1, 2012. • Andrew Ruppenstein was the editor who published this page.
Share this page.