In Honor of the Men of Pomfret 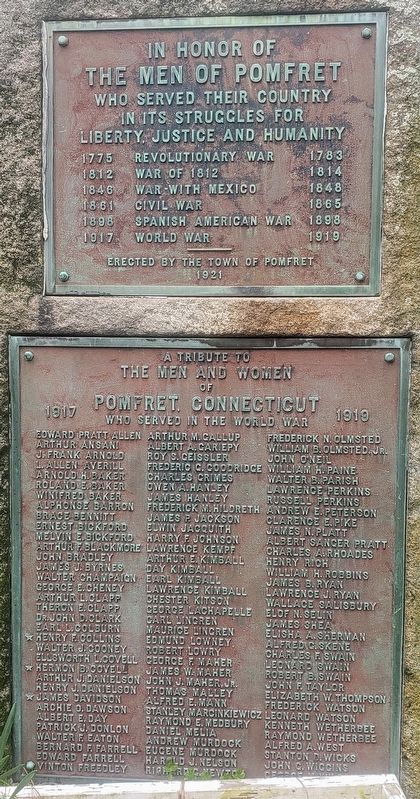 In Honor of
The Men of Pomfret
Who served their Country
in its struggles for
Liberty, Justice and Humanity

A tribute to
the men and women
of
Pomfret, Connecticut
1917 who served in the World War 1919
(list of names)

Location. 41° 53.844′ N, 71° 57.737′ W. Marker is in Pomfret, Connecticut, in Windham County. Memorial is at the intersection of Deerfield Road (Connecticut Route 97) and Pomfret Street (U.S. 44), on the left when traveling west on Deerfield Road. Touch for map. Marker is at or near this postal address: 450 Deerfield Rd, Pomfret CT 06258, United States of America. Touch for directions. 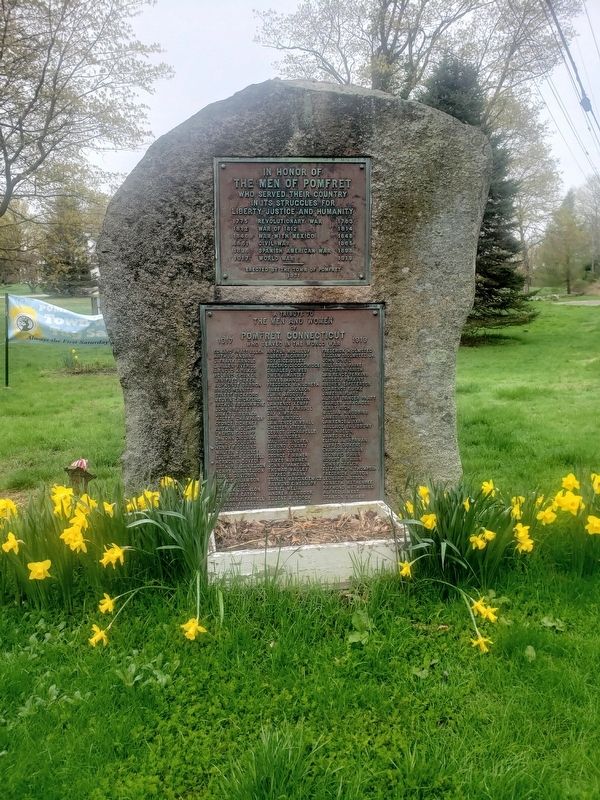 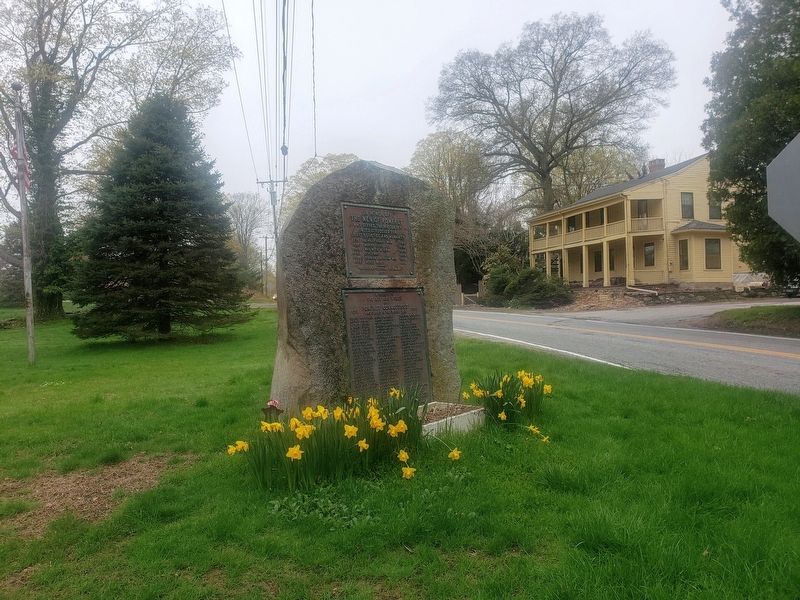 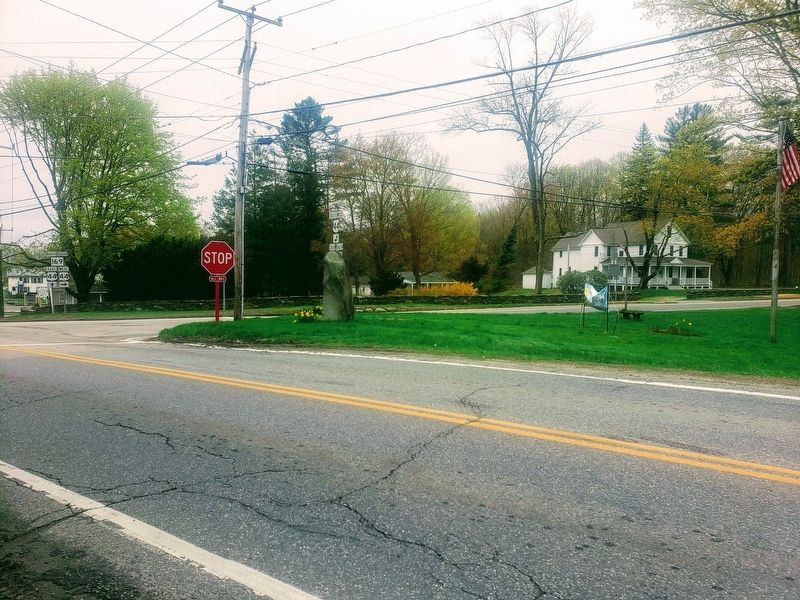