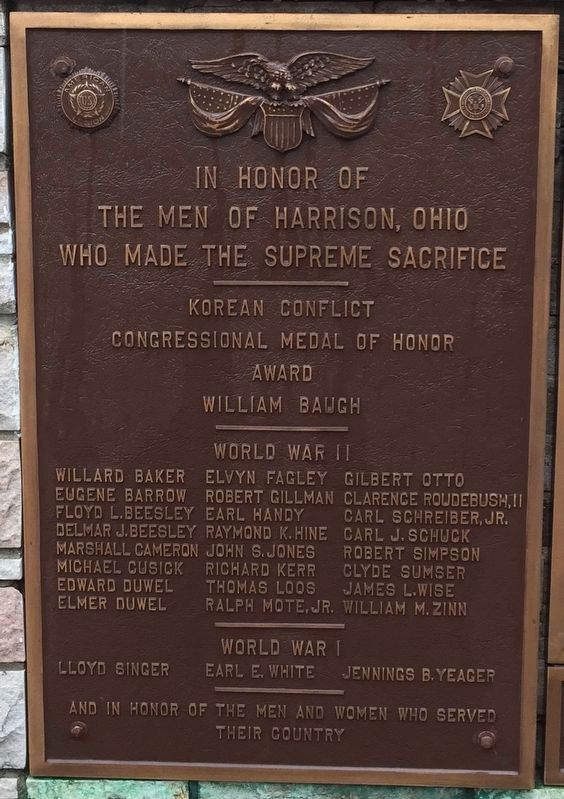 In honor of the men of Harrison, Ohio who made the supreme sacrifice
Korean Conflict
Congressional Medal of Honor Award
William Baugh

on a supplemental plaque below

Topics and series. This memorial is listed in these topic lists: War, Korean • War, Vietnam • War, World I

Click or scan to see
this page online
• War, World II. In addition, it is included in the Medal of Honor Recipients series list. 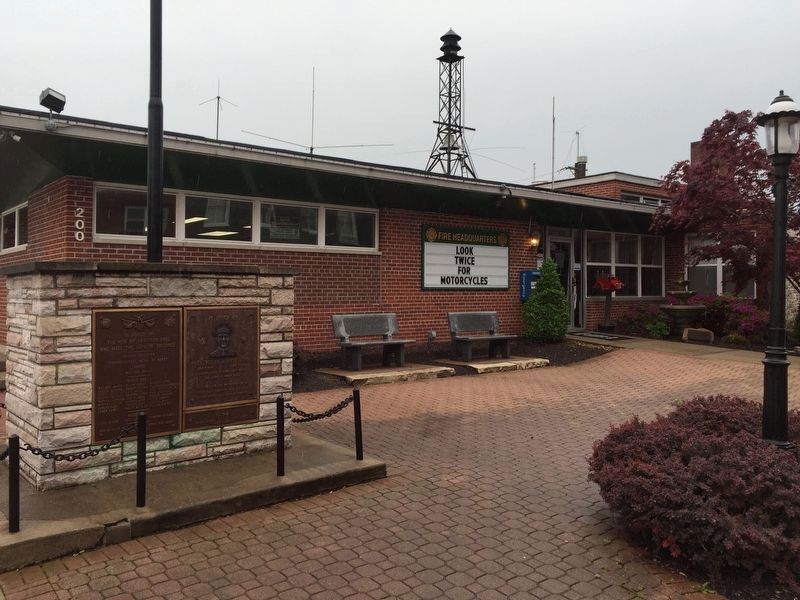