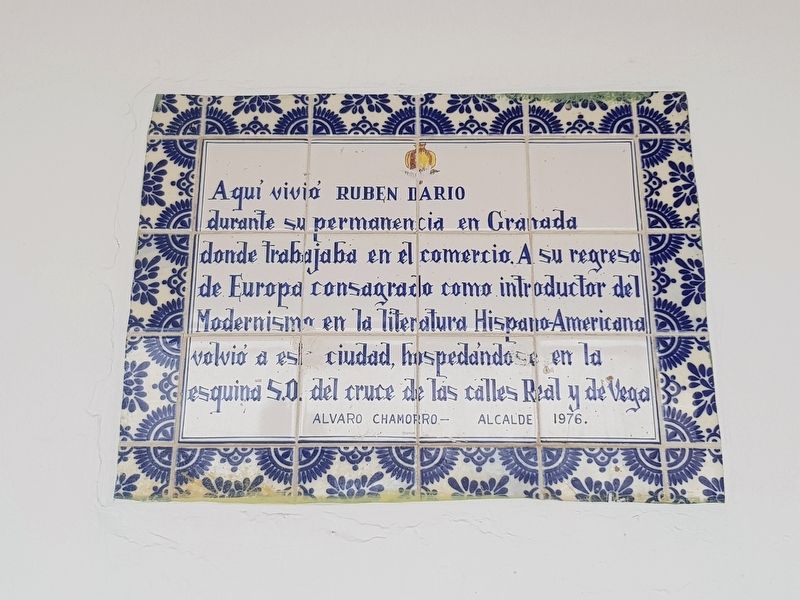 Photographed By J. Makali Bruton, May 4, 2019
1. Rubén Darío in Granada Marker
Inscription.
English translation: , Here lived Rubén Darío, where during his stay in Granada he worked in commerce. On his return from Europe, consecrated as a pioneer of Modernism in Hispano-American literature, he returned to this city staying at the southwest corner of the intersection of the streets Real and de Vega , Álvaro Chamorro - Mayor 1976. . This historical marker was erected in 1976 by Alcalde Álvaro Chamorro. It is in Granada Nicaragua