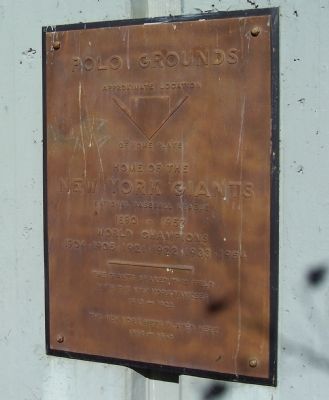 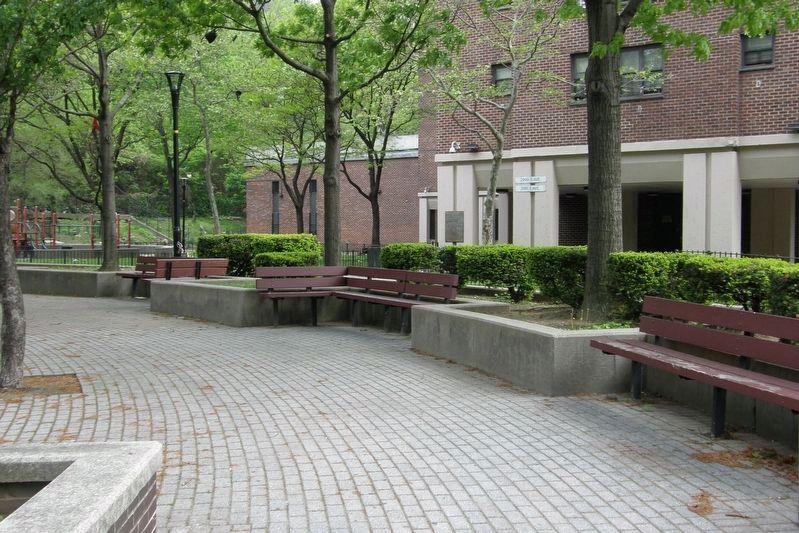 More about this marker. It is located on the grounds of the Polo Grounds Towers apartment complex.

2. The Eddie Grant Memorial Plaque. This memorial plaque was originally located in the Polo Grounds. The plaque was removed when the New York Giants vacated the Polo Grounds in 1957. The whereabouts of the plaque were unknown until it was discovered in the attic of a Ho Ho Kus, NJ home in 1999. The San Francisco Giants installed a replacement plaque in AT&T Park which was built in 2000. (Submitted on May 29, 2010, by Mary Ellen Coghlan of Warwick, New York.) 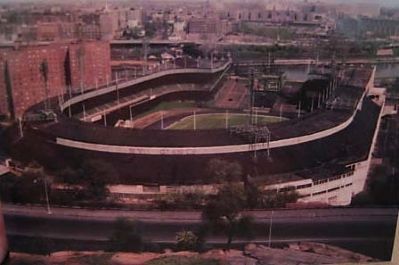 3. Postcard of the Polo Grounds