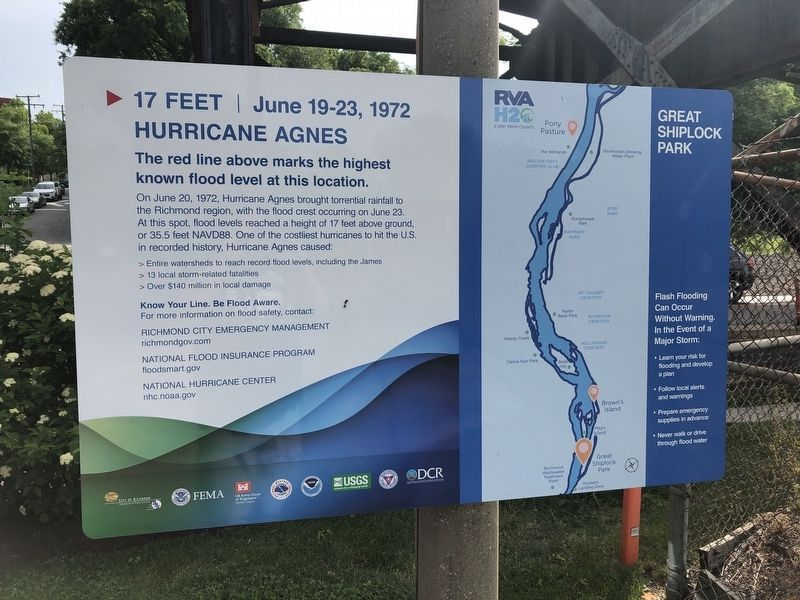 The red line above marks the highest known flood level at this location.

On June 20, 1972, Hurricane Agnes brought torrential rainfall to the Richmond region, with the flood crest occurring on June 23. At this spot, flood levels reached a height of 17 feet above ground, or 35.5 feet NAVD88. One of the costliest hurricanes to hit the U.S. in recorded history, Hurricane Agnes caused: 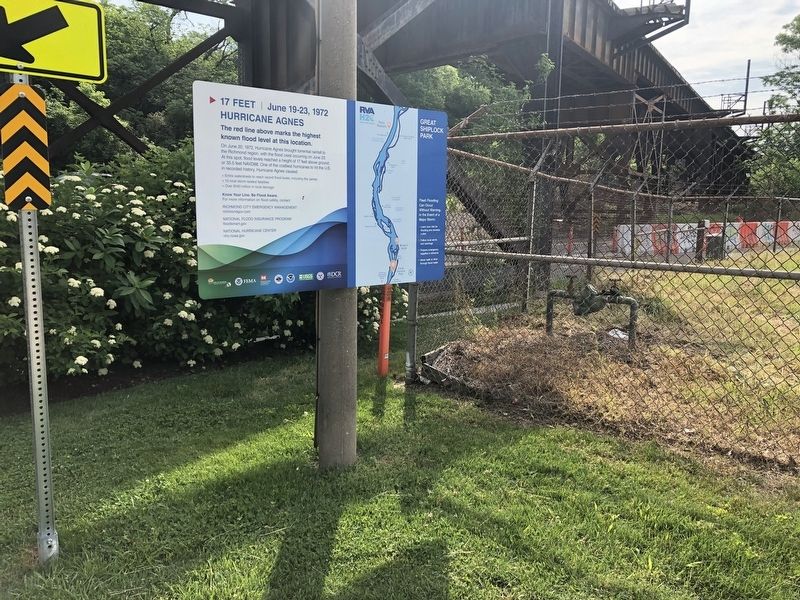