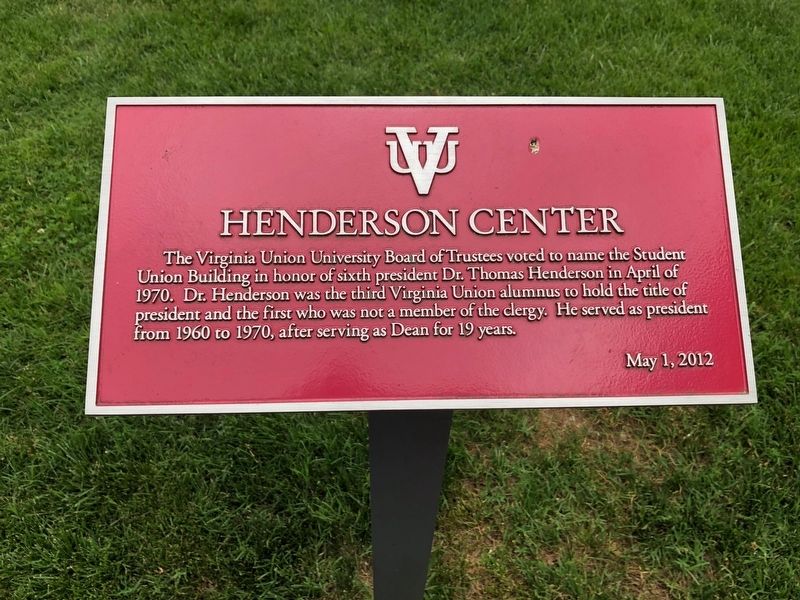 The Virginia Union University Board of Trustees voted to name the Student Union Building in honor of sixth president Dr. Thomas Henderson in April of 1970. Dr. Henderson was the third Virginia Union alumnus to hold the title of president and the first who was not a member of the clergy. He served as president from 1960 to 1970, after serving as Dean for 19 years.

Topics and series. This historical marker is listed in these topic lists: African Americans • Churches & Religion • Education. In addition, it is included in the Historically Black Colleges and Universities 🎓 series list.

Location. 37° 33.74′ N, 77° 27.032′ W. Marker is in Virginia Union in Richmond, Virginia. Marker can be reached from West Graham Road west of Brook Road, on the left when traveling east. On the grounds of Virginia Union University. Touch for map. Marker is at or near this postal address: 1500 North Lombardy Street, Richmond VA 23220, United States of America. Touch for directions. 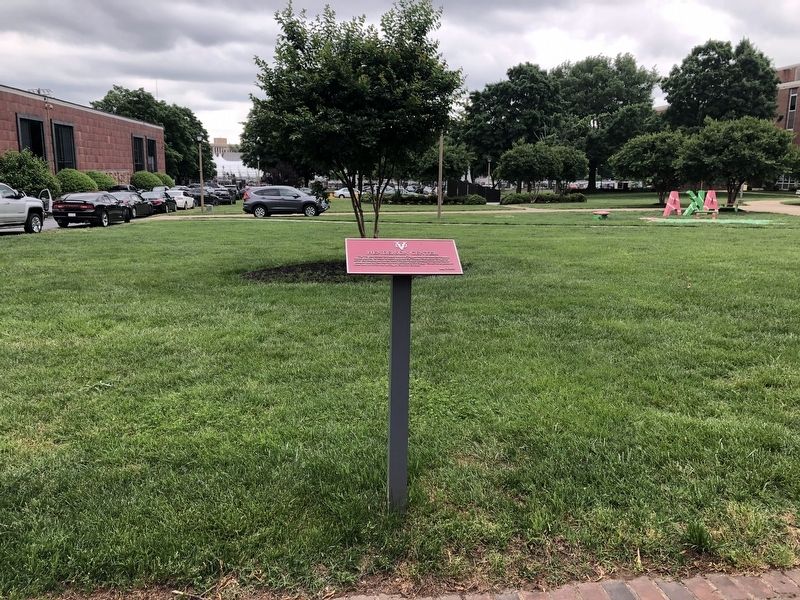