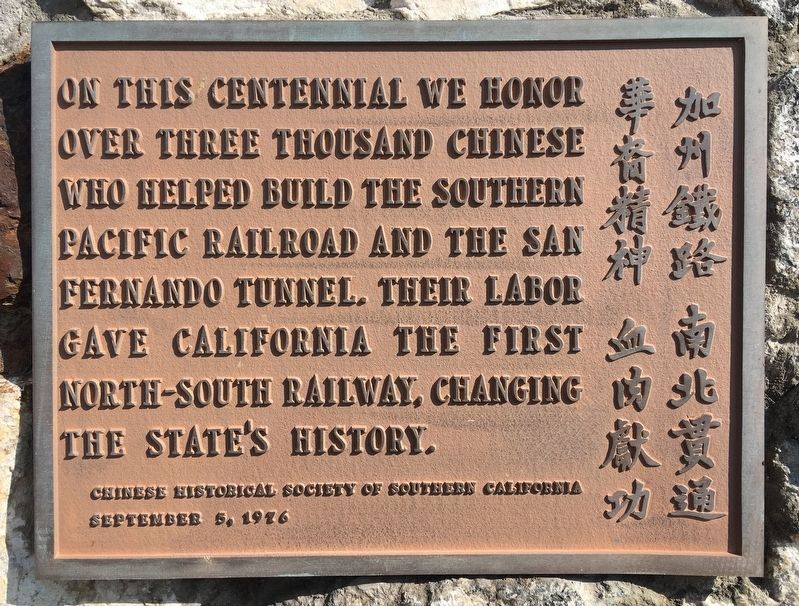 By Craig Baker, May 11, 2019
1. Chinese Railroad Workers Marker
Inscription.
Chinese Railroad Workers. . On this centennial we honor over three thousand Chinese who helped build the Southern Pacific Railroad and the San Fernando Tunnel. Their labor gave California the first north-south railway, changing the state’s history. . This historical marker was erected in 1976 by Chinese Historical Society of Southern California. It is Near Canyon Country in Los Angeles County California

On this centennial we honor over three thousand Chinese who helped build the Southern Pacific Railroad and the San Fernando Tunnel. Their labor gave California the first north-south railway, changing the state’s history.

Topics and series. This historical marker is listed in these topic lists: Asian Americans • Railroads & Streetcars. In addition, it is included in the Chinese Heritage Sites of the American West series list.

Location. 34° 25.965′ N, 118° 22.589′ W. Marker is near Canyon Country, California, in Los Angeles County. Marker can be reached from Lang Station Road 0.4 miles east of Soledad Canyon Road, on the left when traveling east. Located 0.2 mi. past the railroad crossing, next to the tracks. Touch for map. Marker is at or near this postal address: 14000 Lang Station Rd, Santa Clarita CA 91390, United States of America. Touch for directions.

Other nearby markers. At least 8 other markers are within 8 miles of this marker, measured as the crow flies. Lang Station (here, next to this marker); Lang Southern Pacific Station (approx. 0.2 miles away); Toney Residence 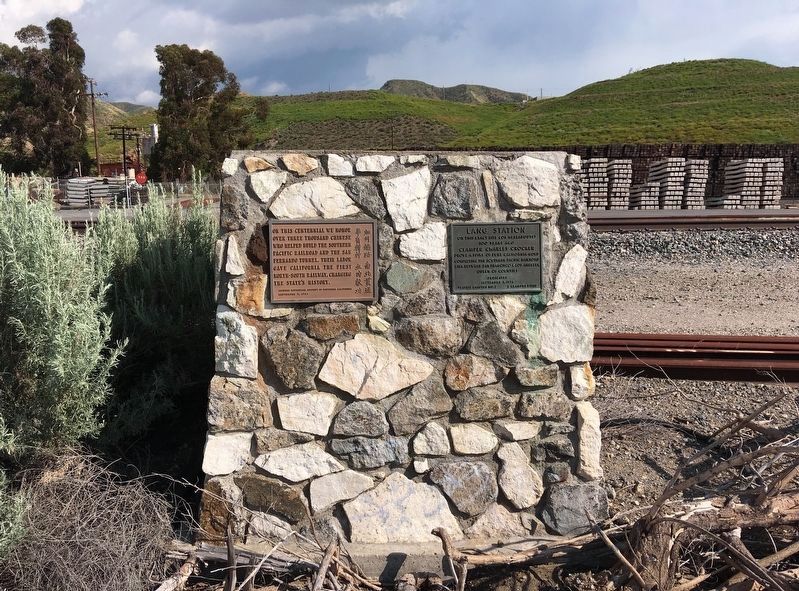 Regarding Chinese Railroad Workers. Facing poverty and civil war at home, laborers from Guangdong Province in China left home to make a living to support their families. Chinese railroad laborers were the first wave of Chinese immigrants in the United States and were recruited by railroad labor contractors to do dangerous and difficult jobs. The contributions of these workers to the completion of the railroads was mostly ignored by historical records. 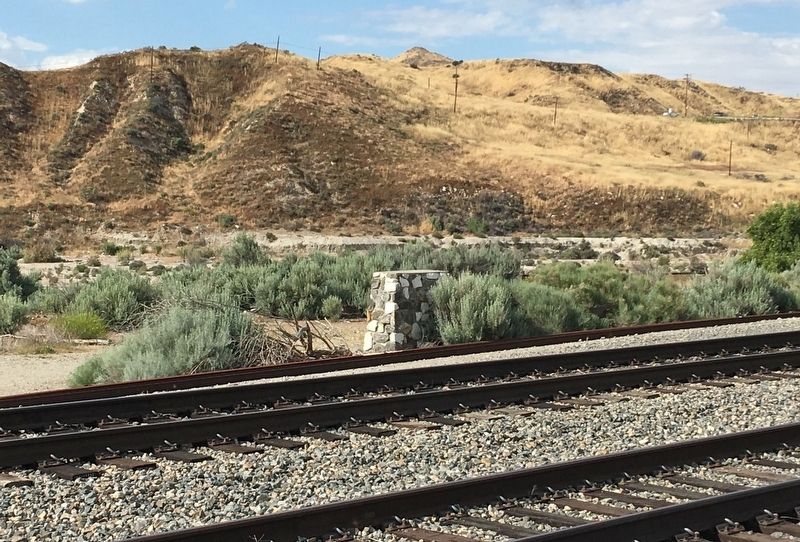