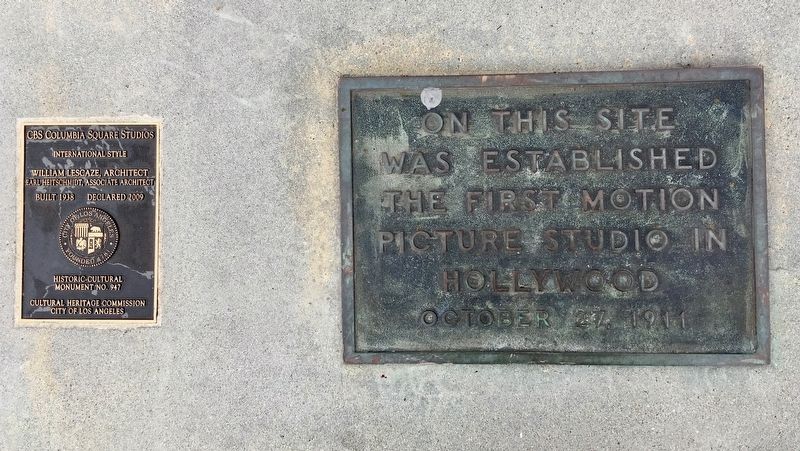 On this site was established the first motion picture studio in Hollywood, October 27, 1911.

Topics and series. This historical marker is listed in these topic lists: Architecture • Arts, Letters, Music • Entertainment. In addition, it is included in the City of Los Angeles Historic-Cultural Monuments series list.

Other nearby markers. At least 8 other markers are within walking distance of this marker. Site of the Vine Street Brown Derby (approx. ¼ mile away); Hollywood and Vine 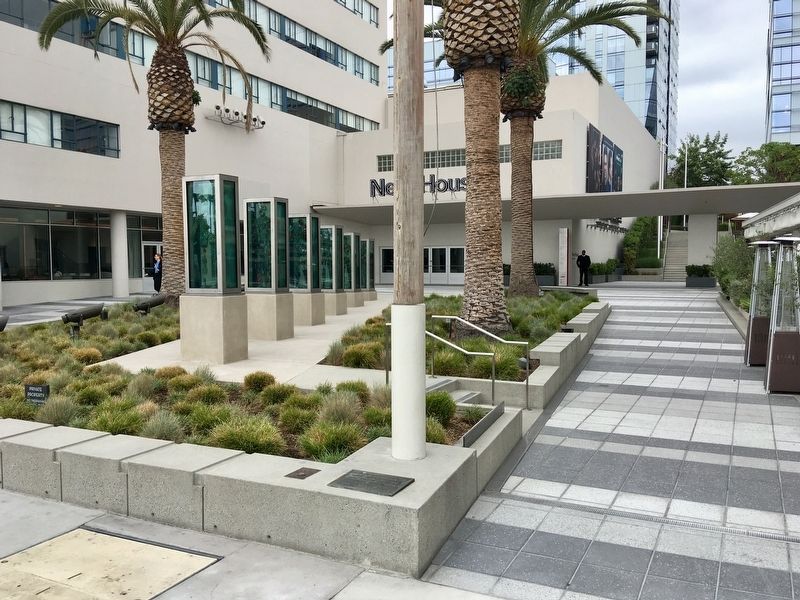 Regarding CBS Columbia Square Studios. In 1911, Nestor Film Company of New Jersey opened the first movie studio located in Hollywood, and the first motion picture stage in Hollywood was built here. Other East Coast studios had moved production to Southern California prior to Nestor's move west, because the California weather allowed for year-round filming. The Christie Film Company eventually took over operations, but went out of business in 1933 during the Great Depression.

Columbia Square was built in 1938 for KNX radio and as the CBS radio West Coast operations center, designed by Swiss-born architect William Lescaze in the style of International Modernism.

In the late 1940s and early 1950s Columbia Square also served as a CBS television facility, and it was the location of the shooting of the pilot episode of I Love Lucy. James Dean worked as an usher here. Bob Dylan, Barbra Streisand and many other top stars recorded legendary music hits.