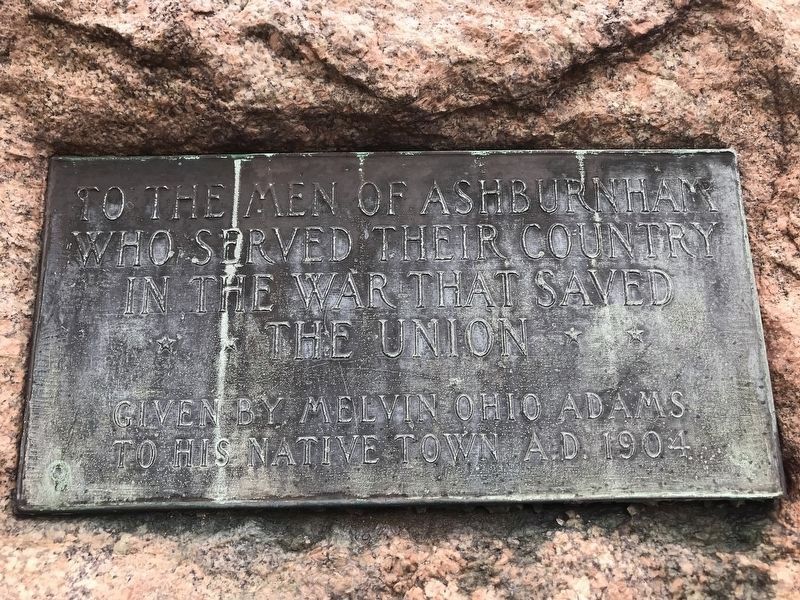 Given by Melvin Ohio Adams
to his native town A.D. 1904

Location. 42° 38.161′ N, 71° 54.538′ W. Marker is in Ashburnham, Massachusetts, in Worcester County. Memorial is at the intersection of Main Street (Massachusetts Route 12) and Memorial Drive, on the right when traveling west on Main Street. Touch for map. Marker is at or near this postal address: 32 Main Street, Ashburnham MA 01430, United States of America. Touch for directions. 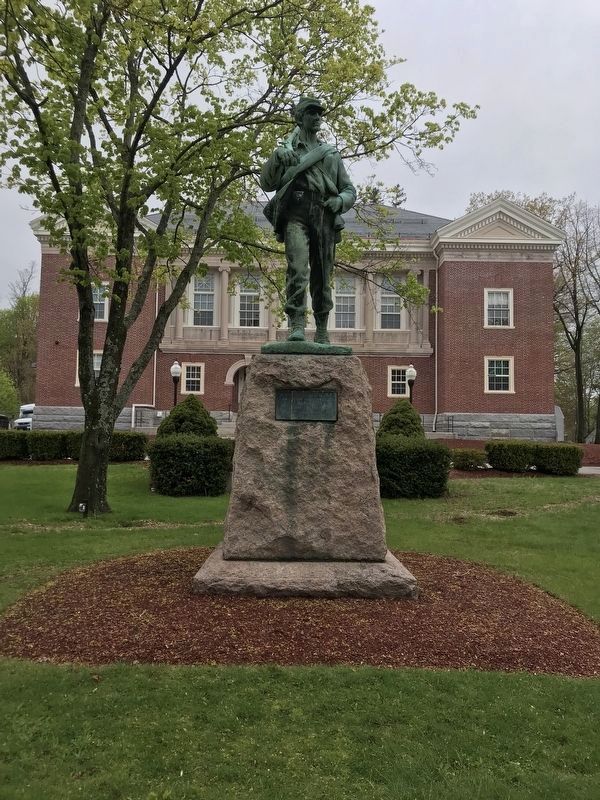