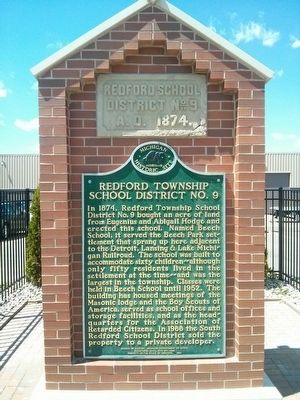 In 1874, Redford Township School District No. 9 bought an acre of land from Eugenius and Abigail Hodge and erected this school. Named Beech School, it served the Beech Park settlement that sprang up here adjacent to the Detroit, Lansing & Lake Michigan Railroad. The school was built to accommodate sixty children--although only fifty residents lived in the settlement at the time--and was the largest in the township. Classes were held in Beech School until 1952. The building has housed meetings of the Masonic lodge and the Boy Scouts of America, served as school offices and storage facilities, and as the headquarters for the Association of Retarded Citizens. In 1988 the South Redford School District sold the property to a private developer.

Topics and series. This historical marker is listed in this topic list: Education. In addition, it is included in the Michigan Historical Commission series list. A significant historical year for this entry is 1874. 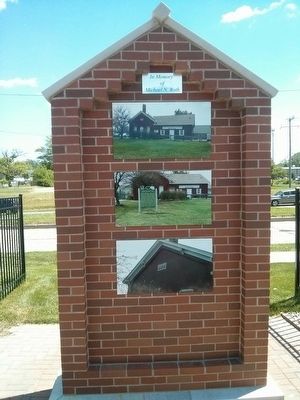 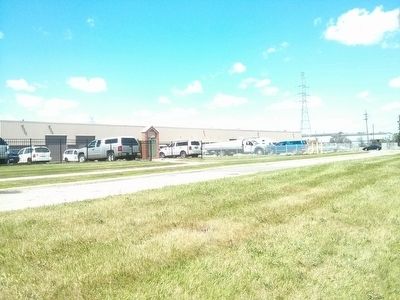