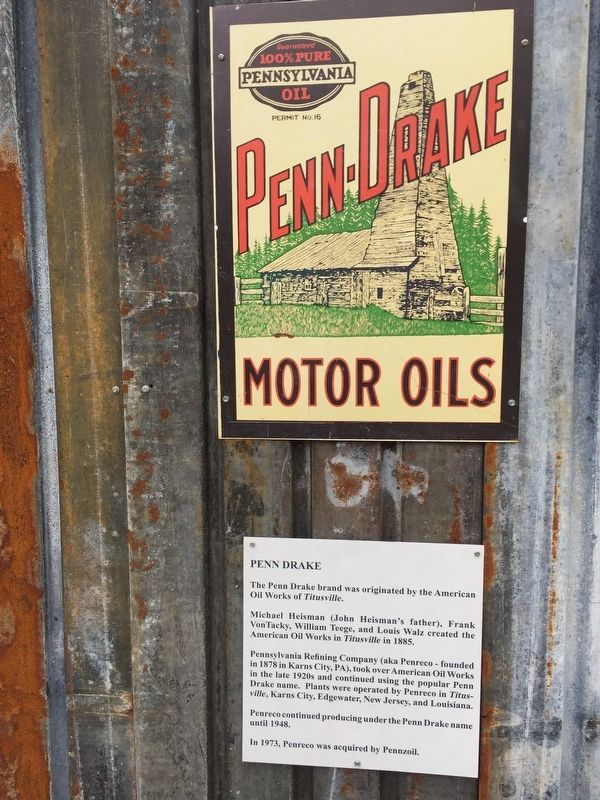 The Penn Drake brand was originated by the American Oil Works of Titusville.

Penreco continued producing under the Penn Drake name until 1948.

In 1973, Penreco was acquired by Pennzoil.

Topics. This historical marker is listed in this topic list: Industry & Commerce. A significant historical year for this entry is 1885.