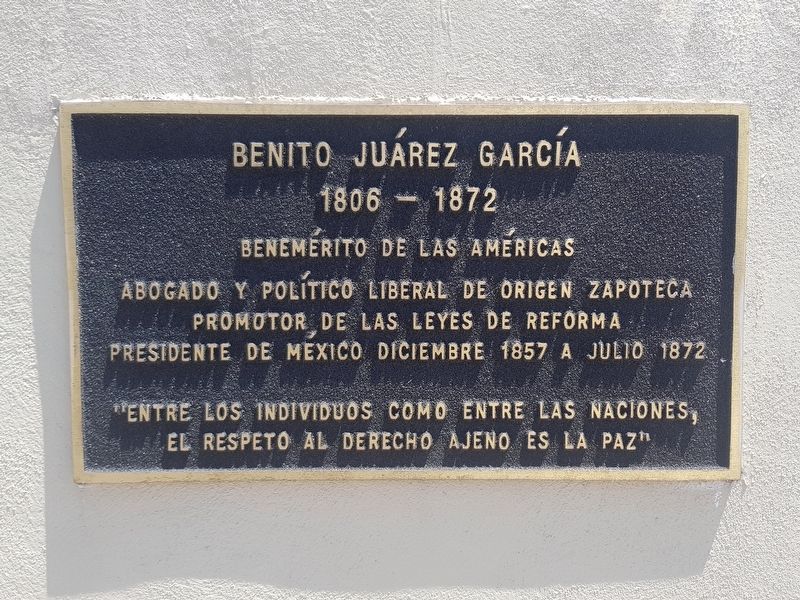 By J. Makali Bruton, March 29, 2019
1. Benito Juárez García Marker
Inscription.
English translation: . Benito Juárez García . 1806-1872 . Most Praiseworthy of the Americas . Lawyer and liberal politician of Zapotec origin . Promoter of the Reform Laws . President of Mexico from December 1857 to July 1872 . "Between individuals and between nations, respect for the rights of others is peace" . This historical marker is in Chetumal in Municipality of Othón P. Blanco Quintana Roo Mexico