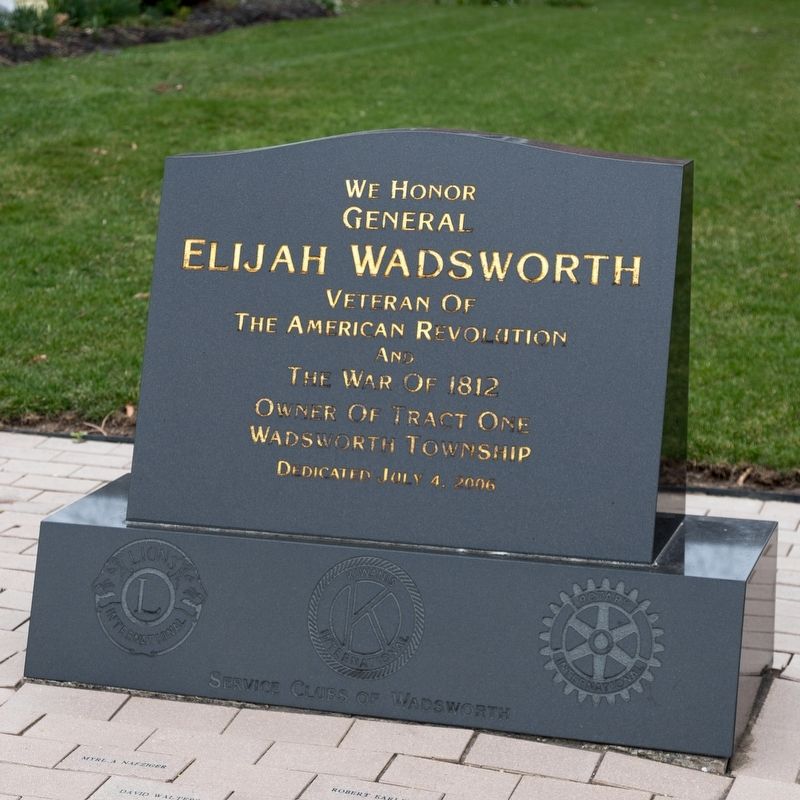 We honor General Elijah Wadsworth, veteran of the American Revolution and the War of 1812; owner of Tract One, Wadsworth Township.

Topics. This memorial is listed in these topic lists: Political Subdivisions • Settlements & Settlers • War of 1812 • War, US Revolutionary. 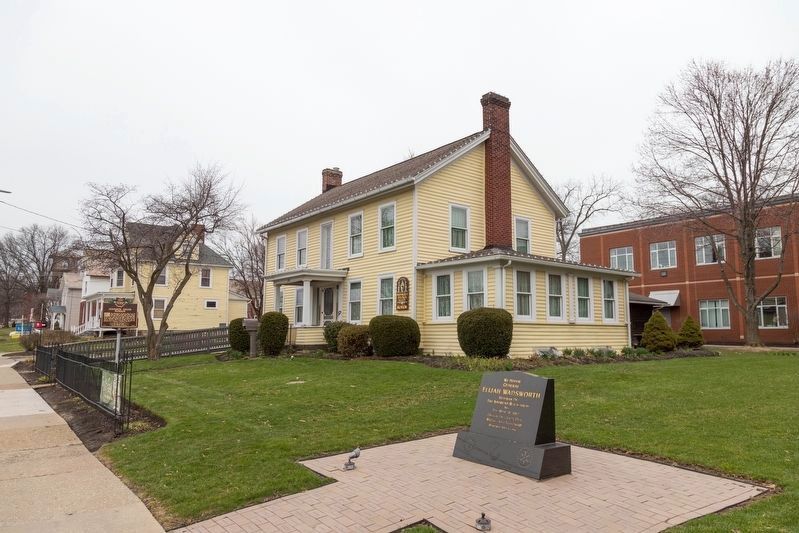 Photographed By J. J. Prats, April 4, 2019
2. General Elijah Wadsworth Memorial
The yellow house is the Johnson House Museum and its historical marker is in the distance on the left.

Also see . . .  Wikipedia Entry. “He was a part owner of lands of the ‘Connecticut Western Reserve’ in Ohio, he being a member of the Connecticut Land Company. He moved to Ohio in 1799 to survey his lands and lived at the village of Warren, Ohio for some time. He moved to a portion of his properties at Canfield, Ohio in October 1802 and made his permanent home there. He owned the largest share of the lands that became Medina County, Ohio. Though he never lived there, the city of Wadsworth, Ohio was named in his honor.” (Submitted on May 19, 2019.)
Credits. This page was last revised on May 19, 2019. It was originally submitted on May 19, 2019, by J. J. Prats of Powell, Ohio. This page has been viewed 150 times since then and 40 times this year. Photos:   1, 2. submitted on May 19, 2019, by J. J. Prats of Powell, Ohio.
Share this page.