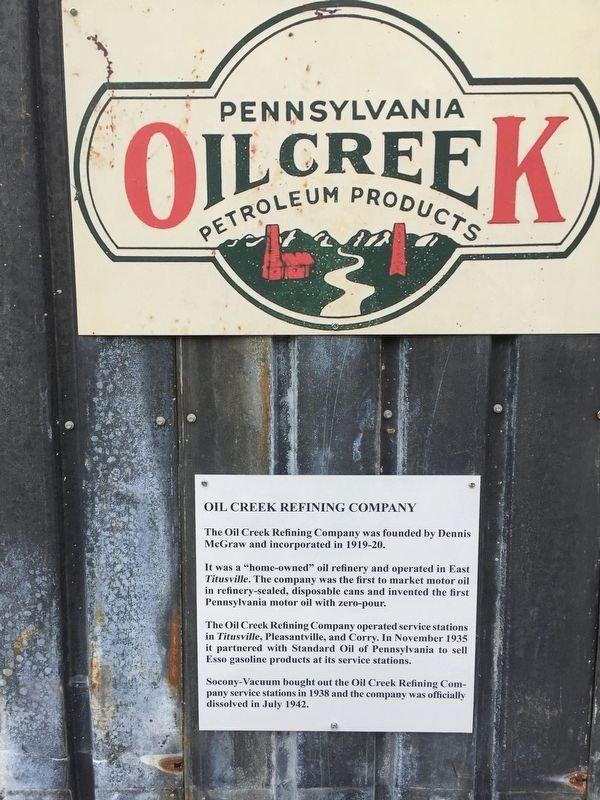 The Oil Creek Refining Company was founded by Dennis McGraw and incorporated in 1919-20.

It was a "home-owned” oil refinery and operated in East Titusville. The company was the first to market motor oil in refinery-sealed, disposable cans and invented the first Pennsylvania motor oil with zero-pour.

The Oil Creek Refining Company operated service stations in Titusville, Pleasantville, and Corry. In November 1935 it partnered with Standard Oil of Pennsylvania to sell Esso gasoline products at its service stations.

Topics. This historical marker is listed in this topic list: Industry & Commerce. A significant historical month for this entry is July 1942. 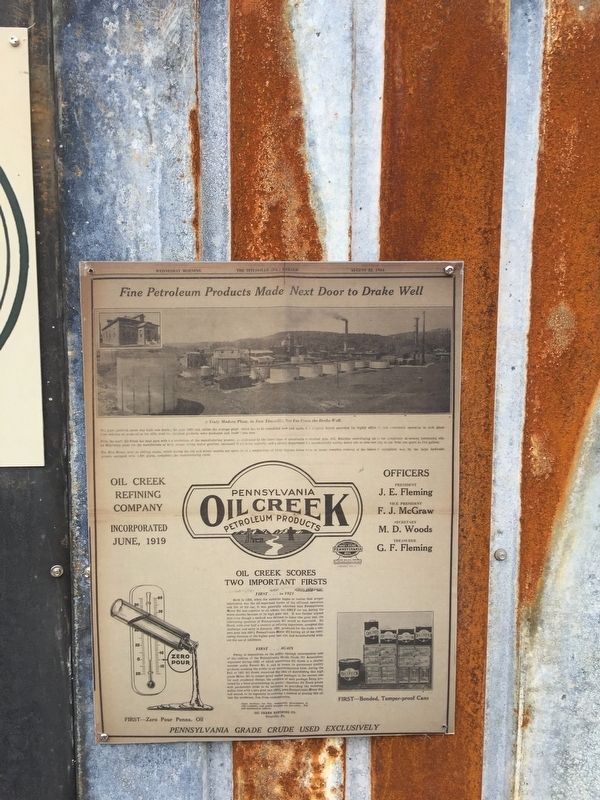 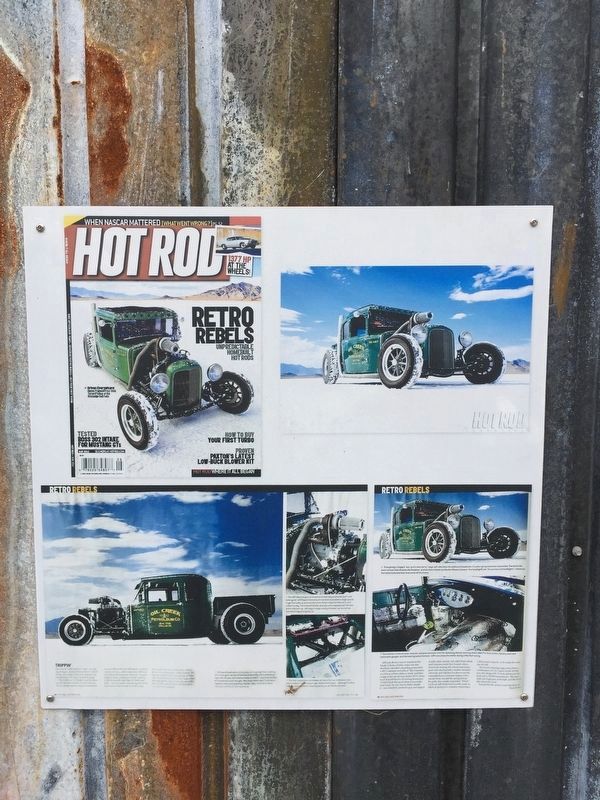 Editor’s want-list for this marker. A wide shot of the marker and its surroundings. • • Can you help?
Share this page.