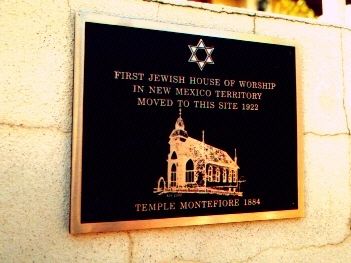 Topics and series. This historical marker is listed in this topic list: Notable Places. In addition, it is included in the Jewish American Society for Historic Preservation Markers series list. 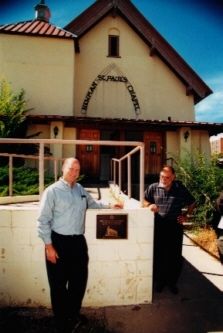 Regarding Temple Montefiore, Las Vegas, New Mexico. Temple Montefiore moved to the newly built synagogue in 1922. When the Congregation was no longer large enough to manage the site, it was sold to the Catholic Church in the 1950's. 2000 The Jewish American Society for Historic Preservation, working with the City of Las Vegas affixed the marker in a historic ceremony. The Jewish community was reconstituted and given permission to hold services monthly once again by the Catholic Community.