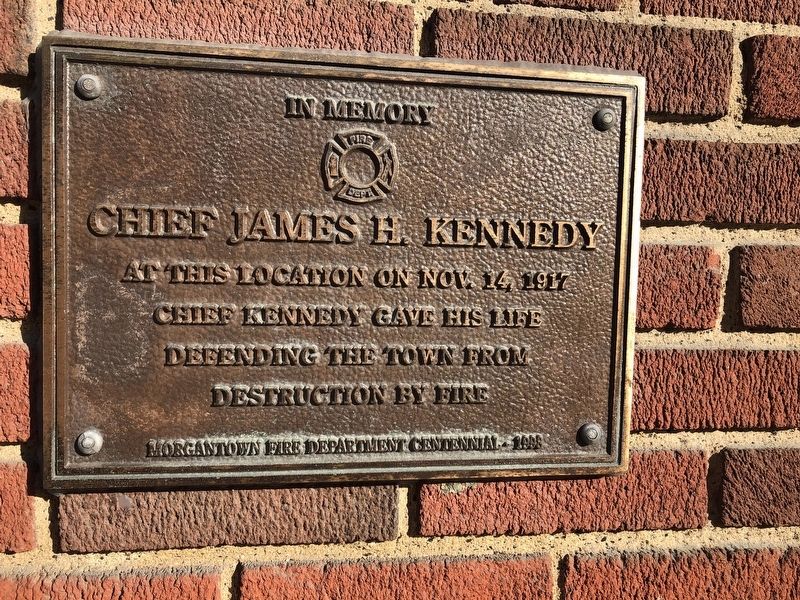 In memory
Chief James H. Kennedy
At this location on Nov. 14, 1917
Chief Kennedy gave his life
defending the town from
destruction by fire

Topics. This historical marker is listed in these topic lists: Disasters • Heroes. A significant historical date for this entry is October 14, 1917. 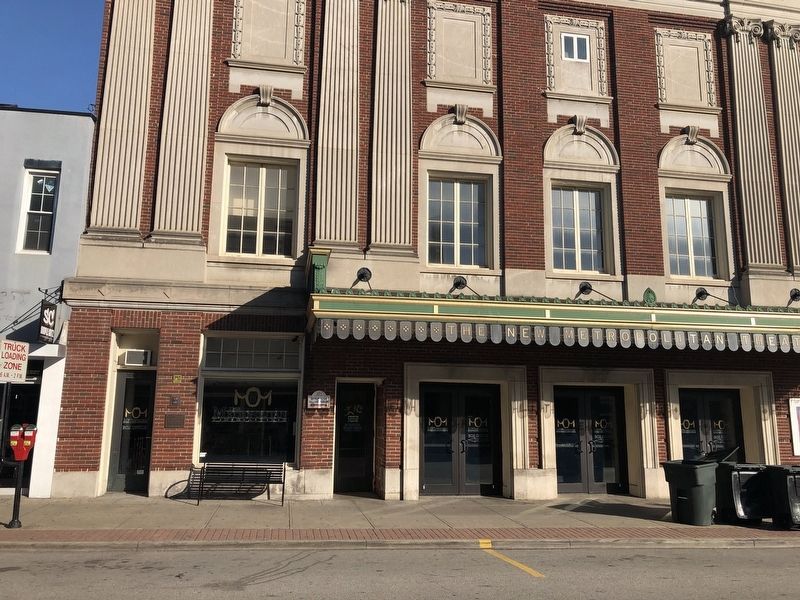