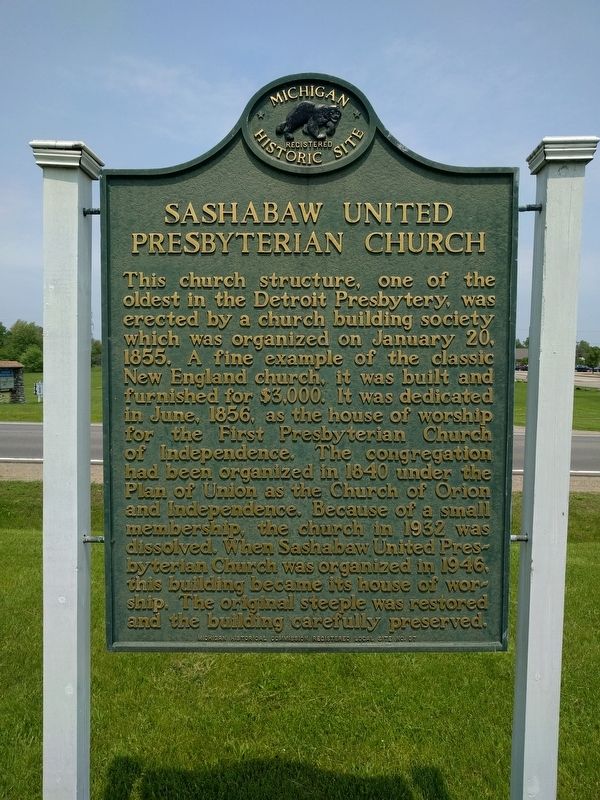 This church structure, one of the oldest in the Detroit Presbytery, was erected by a church building society which was organized on January 20, 1855. A fine example of the classic New England church, it was dedicated in June, 1856, as the house of worship for the First Presbyterian Church of Independence. The congregation had been organized in 1840 under the Plan of Union as the Church of Orion and Independence. Because of a small membership, the church in 1932 was dissolved. When Sashabaw United Presbyterian Church was organized in 1946, this building became its house of worship. The original steeple was restored and the building carefully preserved.

Topics and series. This historical marker is listed in this topic list: Churches & Religion. In addition, it is included in the Michigan Historical Commission series list. A significant historical date for this entry is January 20, 1855. 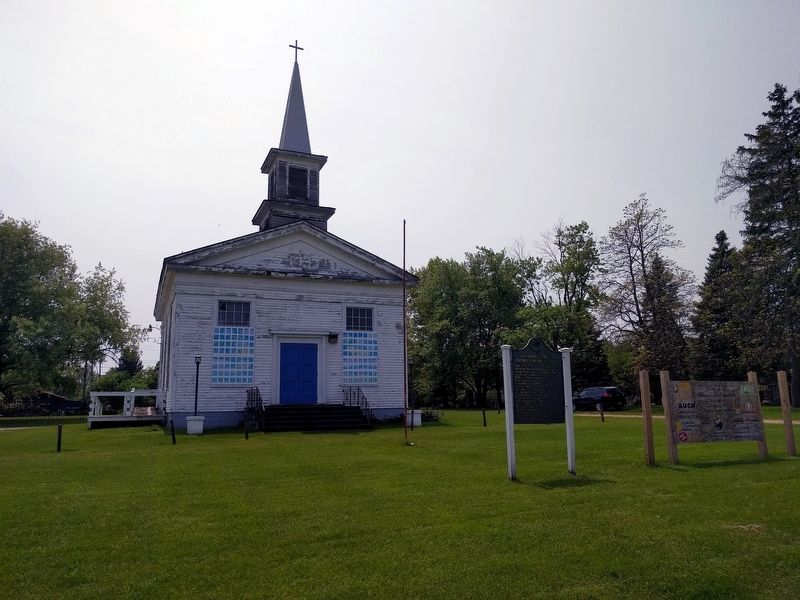 Click or scan to see
this page online
Road near Cecelia Ann Avenue, on the right when traveling east. Touch for map. Marker is at or near this postal address: 5331 Maybee Road, Clarkston MI 48346, United States of America. Touch for directions. 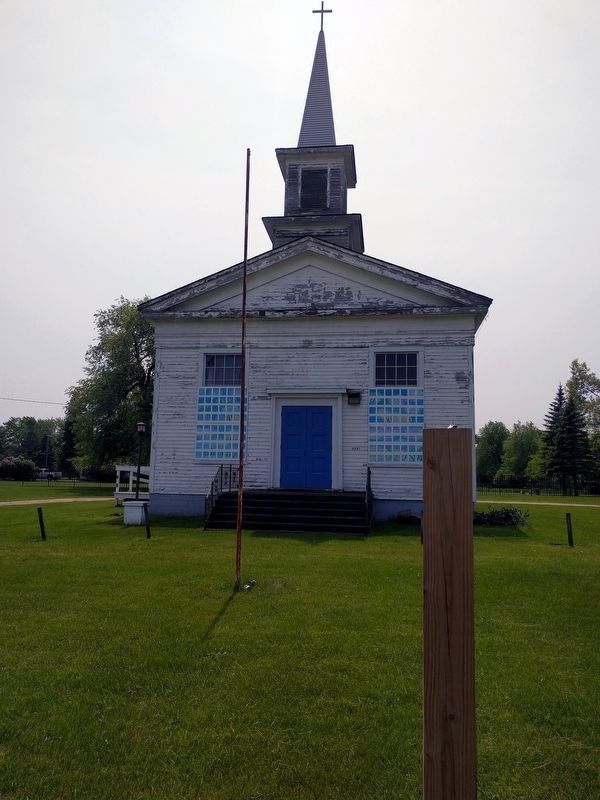