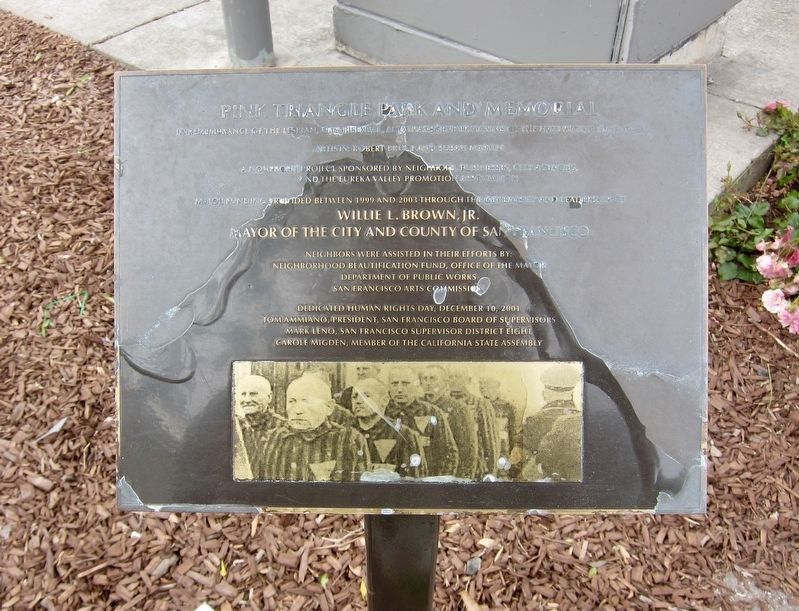 In remembrance of the lesbian, gay, bisexual, and transgender victims of the Nazi regime (1933-1945) 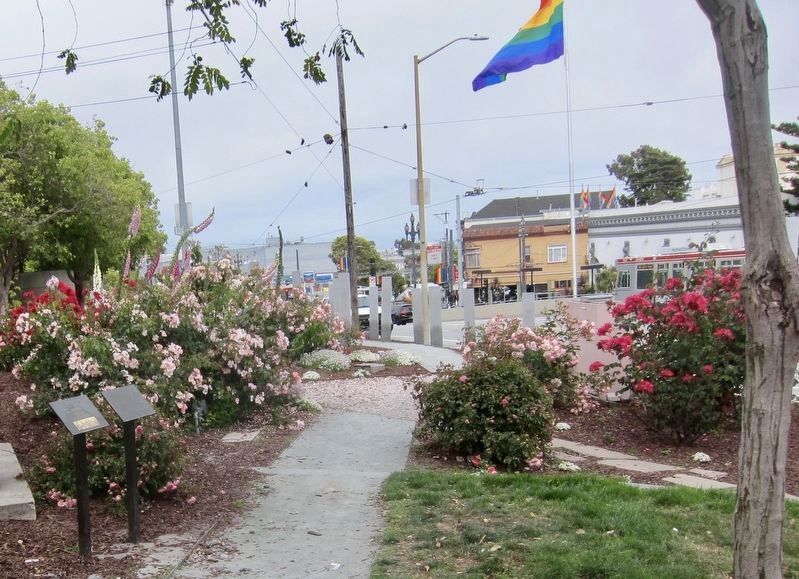 Photographed By Andrew Ruppenstein, May 2019
2. Pink Triangle Park and Memorial - wide view
The marker is on the left here, with the plaque next to it being the braille version.

Also see . . .
1. Nazi Persecution Of Homosexuals. US Holocaust Memorial Museum entry:
"Between 5,000 and 15,000 gay men were interned in concentration camps in Nazi Germany. These prisoners were marked by pink triangle badges and, according to many survivor accounts, were among the most abused groups in the camps." (Submitted on May 31, 2019.)

2. Pink Triangle. Wikipedia entry:
"A pink triangle has been a symbol for various LGBTQ identities, initially intended as a badge of shame, but later reclaimed as a positive symbol of self-identity. In Nazi Germany in the 1930s and 1940s, it began as one of the Nazi concentration camp badges, distinguishing those imprisoned because they had been identified by authorities as homosexual men, a category that also included bisexual men and transgender women. In the 1970s, it was revived as a symbol of protest against homophobia, and has since been adopted by the larger LGBTQ community as a popular symbol of LGBTQ pride and the LGBTQ rights movement." (Submitted on June 1, 2019.) 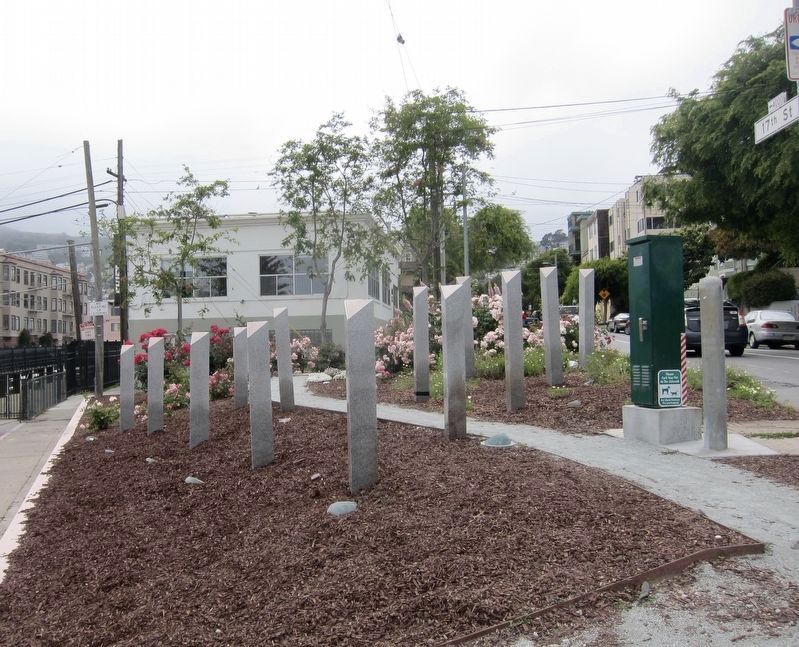 Photographed By Andrew Ruppenstein, May 2019
3. Pink Triangle Park and Memorial - looking west
Memorial is America’s first historical landmark remembering Homosexual men persecuted in Fascist Europe between 1933-1945...Being one of the earliest minority groups targeted, approximately 100,000 men were arrested during this time and as many as 15,000 were sentenced to work and death camps. Assumed feminine by nature, Homosexual men were tagged with Pink Triangles. Lesbians however, were not considered Homosexual but Asocial, they were given Black Triangles and forced into prostitution."
NOTE: This repaired link is still damaged. (Submitted on June 1, 2019.) 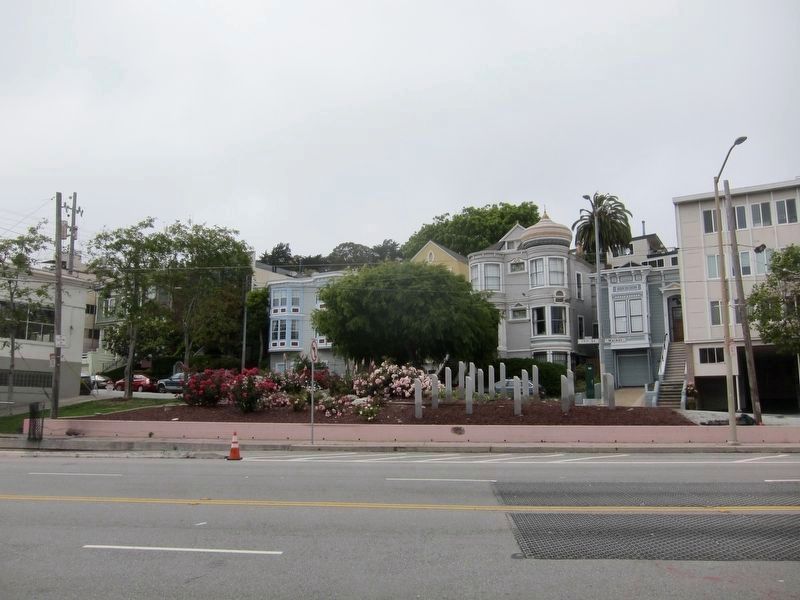