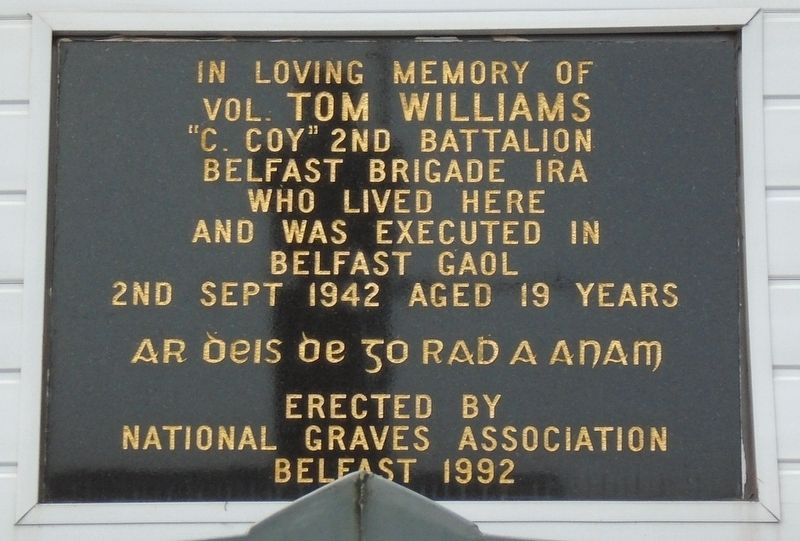 Photographed By William Fischer, Jr., May 13, 2019
1. Vol. Tom Williams Marker
Inscription.
[To the honor of his soul]. . This historical marker was erected in 1992 by the National Graves Association. It is in Belfast Northern Ireland United Kingdom

Erected 1992 by the National Graves Association.

Topics. This historical marker is listed in these topic lists: Patriots & Patriotism • Wars, Non-US. A significant historical date for this entry is September 2, 1942. 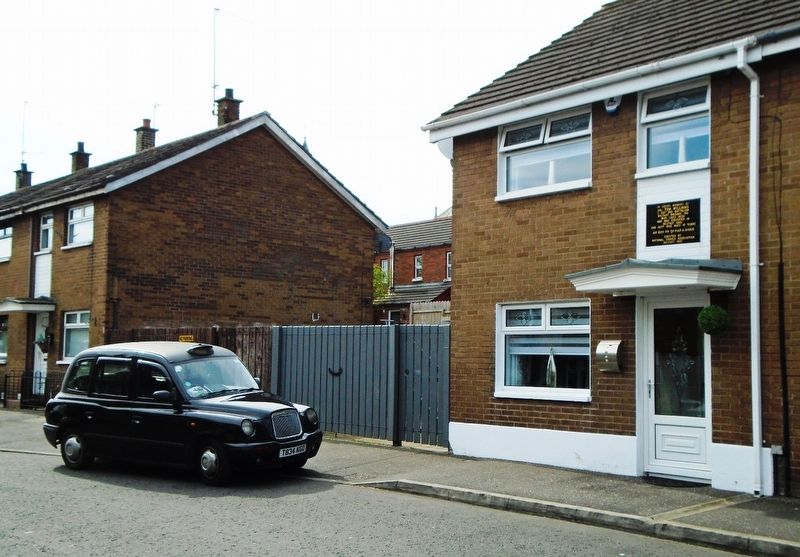