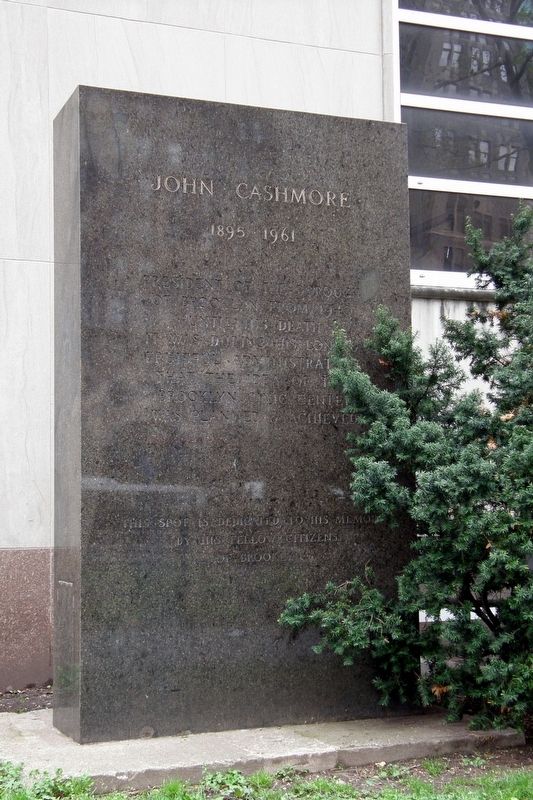 Photographed By Larry Gertner, May 3, 2019
1. John Cashmore Marker
Inscription.
John Cashmore. President of the Borough of Brooklyn from 1940 until his death , In was during his long and fruitful administration that the idea of a Brooklyn Civic Center was planned and achieved , This spot is dedicated to his memory by his fellow citizens of Brooklyn . This historical marker is in Brooklyn in Kings County New York

Topics. This historical marker is listed in this topic list: Government & Politics. A significant historical year for this entry is 1940.

Location. 40° 41.624′ N, 73° 59.38′ W. Marker is in Brooklyn, New York, in Kings County. Marker is on Cadman Plaza West near Montague Street, on the right when traveling north. Touch for map. Marker is at or near this postal address: Columbus Park, Brooklyn NY 11201, United States of America. Touch for directions. 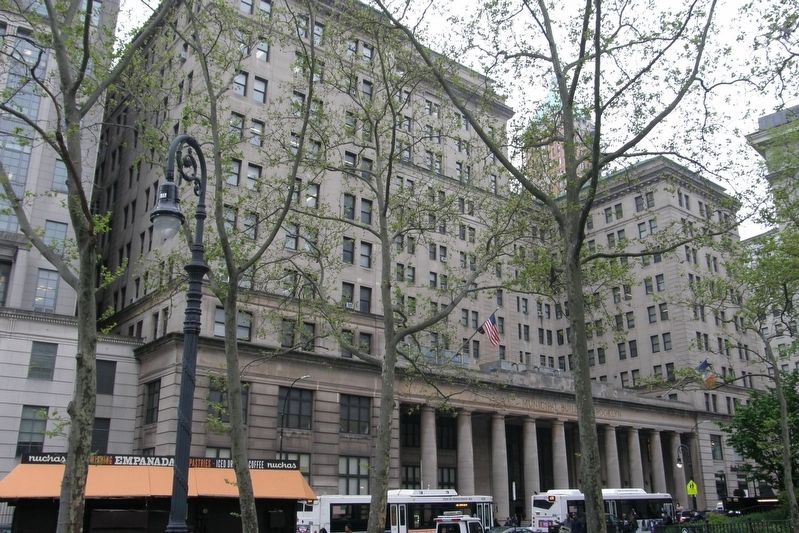 Click or scan to see
this page online
400 feet away); Brooklyn Municipal Building (about 500 feet away); Seeing Into Tomorrow (about 600 feet away). Touch for a list and map of all markers in Brooklyn.

More about this marker. The marker is in Columbus Park near the entrance to the New York State Supreme Court at 360 Adams Street. 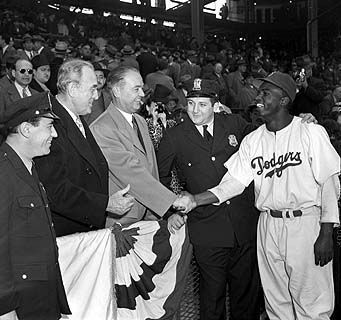