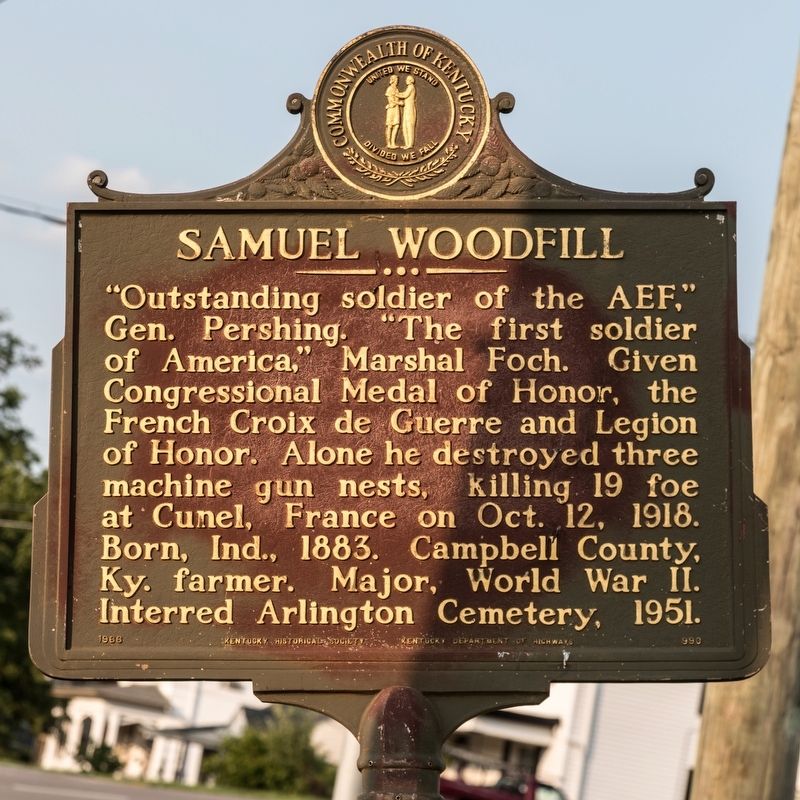 Topics and series. This historical marker is listed in these topic lists: War, World I • War, World II. In addition, it is included in the Kentucky Historical Society, and the Medal of Honor Recipients series lists. A significant historical year for this entry is 1918.

Location. 39° 3.557′ N, 84° 27.114′ W. Marker is in Fort Thomas, Kentucky, in Campbell County. Marker is at the intersection of Alexandria Pike (U.S. 27) and Woodfill Avenue on Alexandria Pike. It is in front of Woodfill Elementary School. Touch for map. Marker is 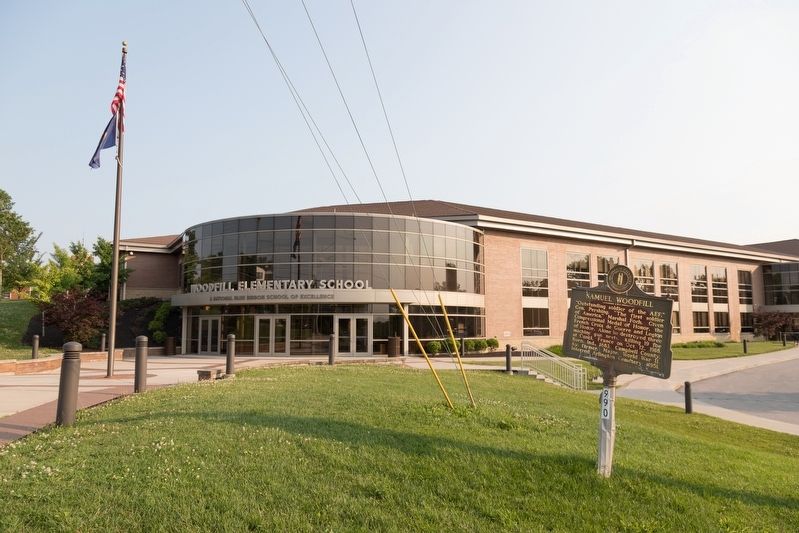 Click or scan to see
this page online
at or near this postal address: 1025 Alexandria Pike, Fort Thomas KY 41075, United States of America. Touch for directions. 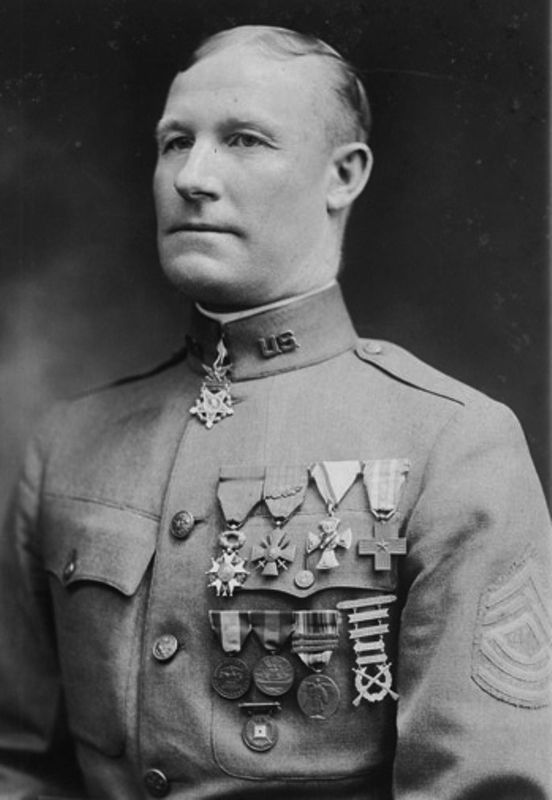 His company thereupon continued to advance, until shortly afterwards another machinegun nest was encountered. Calling on his men to follow, First Lieutenant Woodfill rushed ahead of his line in the face of heavy fire from the nest, and when several of the enemy appeared above the nest he shot them, capturing three other members of the crew and silencing the gun.

A few minutes later this officer for the third time demonstrated conspicuous daring by charging another machinegun position, killing five men in one machinegun pit with his rifle. He then drew his revolver and started to jump into the pit, when two other gunners only a few yards away turned their gun on him. Failing to kill them with his revolver, he grabbed a pick lying nearby and killed both of them. Inspired by the exceptional courage displayed by this officer, his men pressed on to their objective under severe shell and machinegun fire.