And These Our Dead In Honored Glory Rest 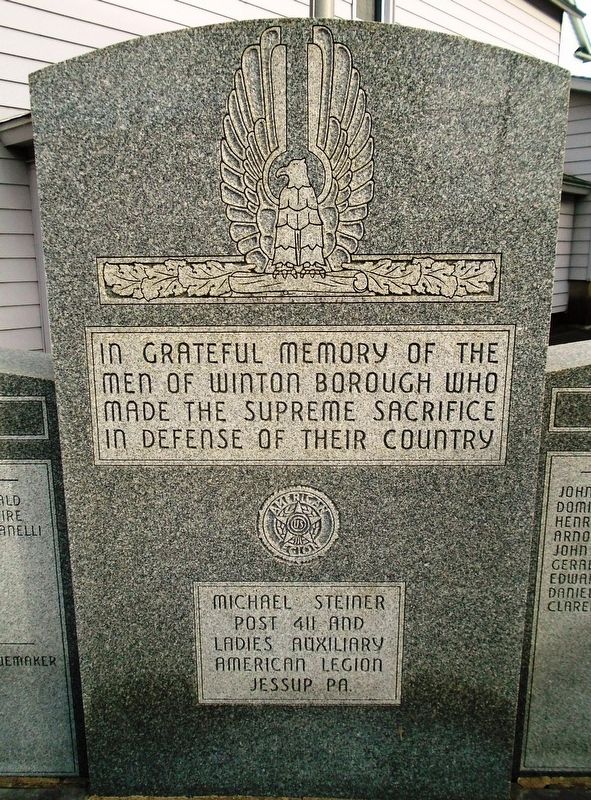 Photographed By William Fischer, Jr., June 7, 2019
1. War Memorial Dedication
Inscription.
War Memorial. And These Our Dead In Honored Glory Rest.
In grateful memory of the men of Winton Borough who made the supreme sacrifice in defense of their country

August 5, 1964 - May 7, 1975 Robert A. Wall . Michael T. Shuemaker. . This memorial was erected by Michael Steiner American Legion Post 411 and Ladies Auxiliary. It is in Jessup in Lackawanna County Pennsylvania 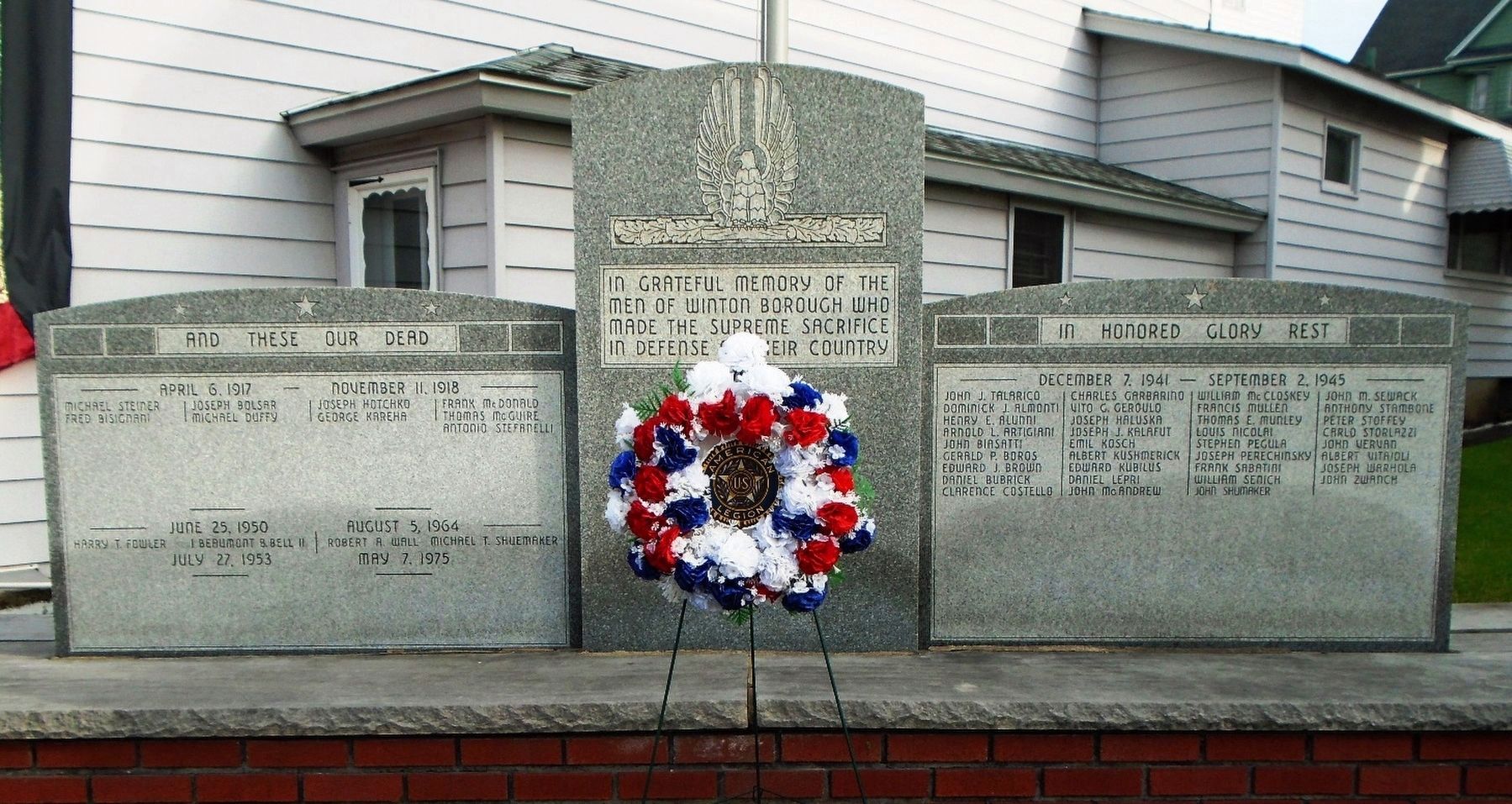 Location. 41° 28.421′ N, 75° 34.137′ W. Marker is in Jessup, Pennsylvania, in Lackawanna County. Memorial is on Church Street (Pennsylvania Route 247) south of 2nd Avenue, on the right when traveling south. Marker is on the grounds of Michael Steiner American Legion Post 411. Touch for map. Marker is at or near this postal address: 508 Church Street, Jessup PA 18434, United States of America. Touch for directions. 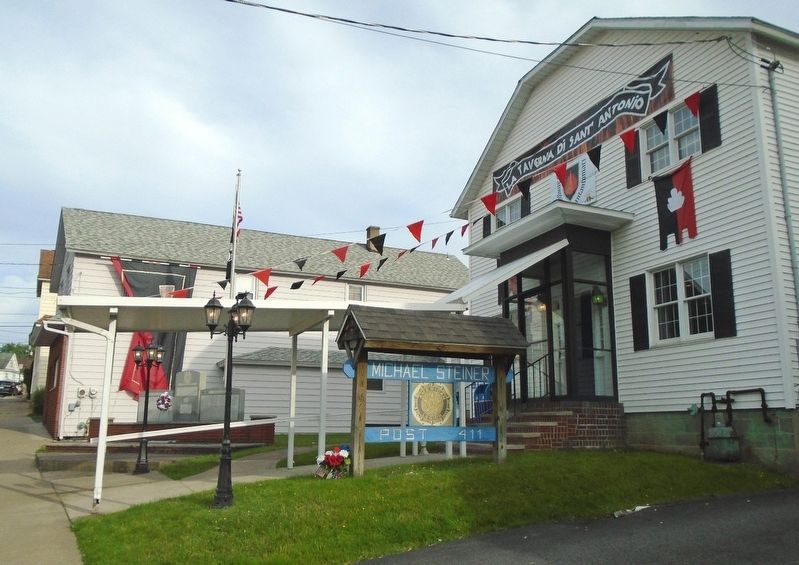