The Museum in the Streets: Minneapolis, Minnesota 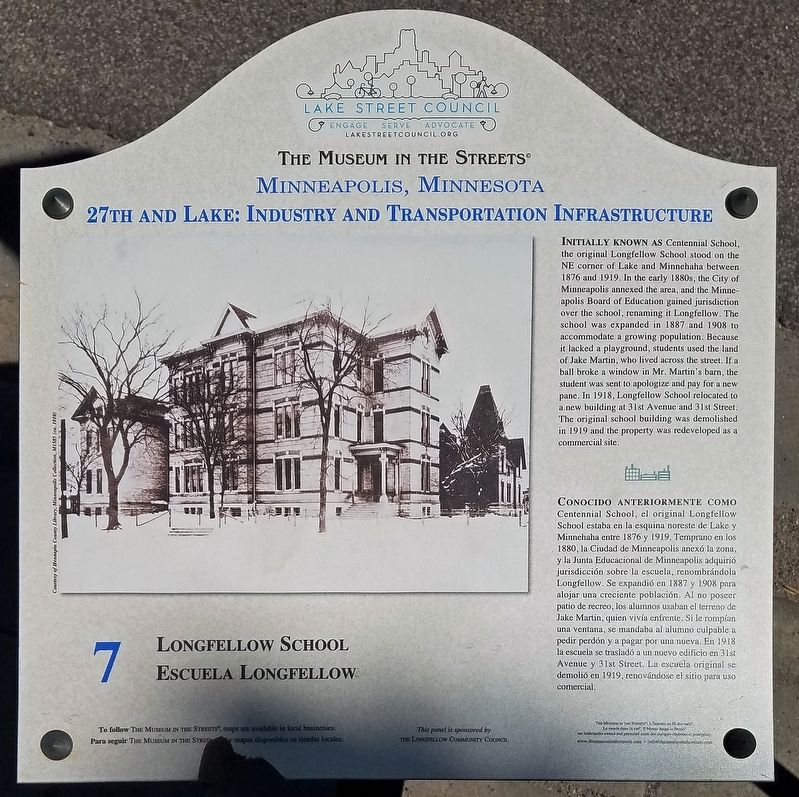 Photographed By McGhiever, June 8, 2019
1. Longfellow School marker
Inscription.
, Initially known as Centennial School, the original Longfellow School stood on the NE corner of Lake and Minnehaha between 1876 and 1919. In the early 1880s, the City of Minneapolis annexed the area, and the Minneapolis Board of Education gained jurisdiction over the school, renaming it Longfellow. The school was expanded in 1887 and 1908 to accommodate a growing population. Because it lacked a playground, students used the land of Jake Martin, who lived across the street. If a ball broke a window in Mr. Martin's barn, the student was sent to apologize and pay for a new pane. In 1918, Longfellow School relocated to a new building at 31st Avenue and 31st Street. The original school building was demolished in 1919 and the property was redeveloped as a commercial site., . This historical marker was erected in 2012 by The Museum in the Streets®. It is in Minneapolis in Hennepin County Minnesota