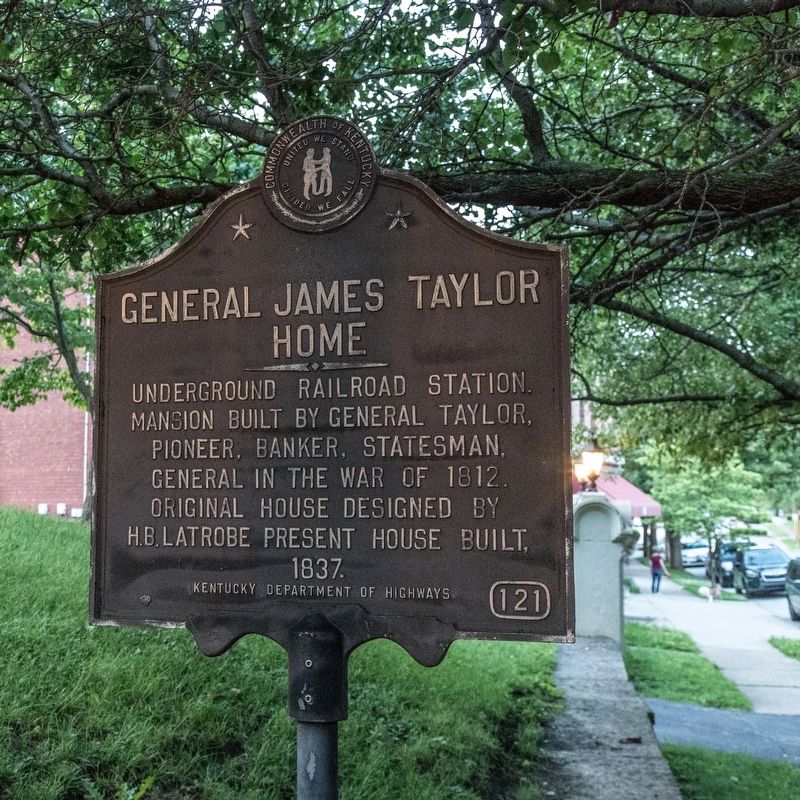 Topics and series. This historical marker is listed in these topic lists: Abolition & Underground RR • Architecture • Settlements & Settlers • War of 1812. In addition, it is included in the Kentucky Historical Society series list. A significant historical year for this entry is 1837.

Location. 39° 5.78′ N, 84° 29.519′ W. Marker is in Newport, Kentucky, in Campbell County. Marker is at the intersection of East Third Street and Overton Street, on the right when traveling west on East Third Street. East 3rd is one way southwest. Approach from East 5th which is one-way northeast, then Park Avenue, which is one-way northwest. Touch for map. Marker is at or near this postal address: 335 E 3rd St, Newport KY 41071, United States of America. Touch for directions.

Other nearby markers. At least 8 other markers are within walking distance of this marker. Southgate Street School (about 700 feet away, measured in a direct line); “H-Bomb” Ferguson 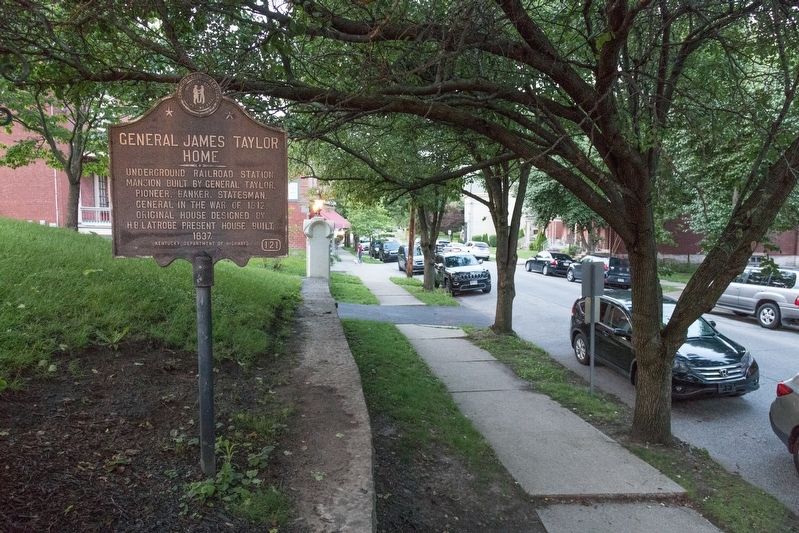 Regarding General James Taylor Home. The house and grounds are private property.

Also see . . .
1. Wikipedia entry for James Taylor V. “During a storied lifetime, James Taylor V operated ferries across both the Ohio and Licking rivers, helped to found banks, invested in the mammoth Newport Manufacturing Co., operated saw and grist mills along the Licking River, was part owner of a salt-works at Grants Lick, Ky., ran a tanning business and in his spare time was known to collect fossils and hunt buffalo at Big Bone Lick in Boone County.” (Submitted on June 9, 2019.) 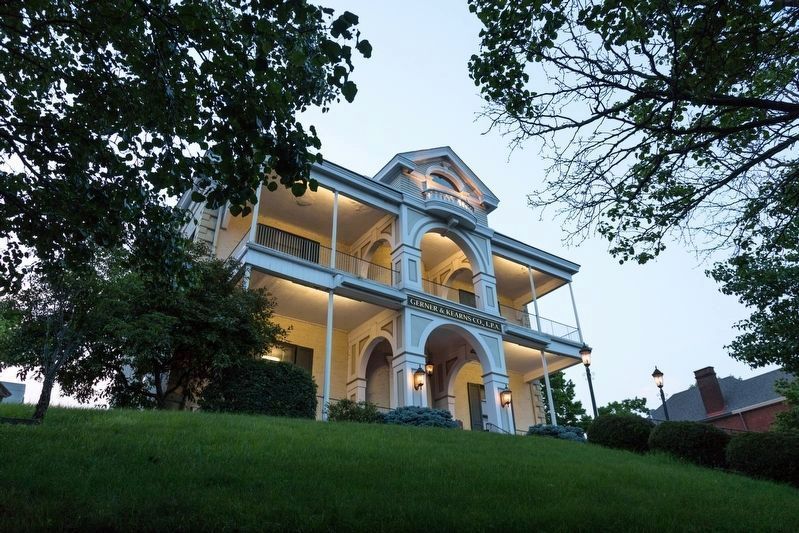 Photographed By J. J. Prats, June 1, 2019
3. General James Taylor Mansion
View from the street. At this date the mansion is the offices of Gerner & Kearns Company.
published in the Kentucky Explorer. “The court battle by General Taylor’s slaves reached a final conclusion nearly 43 years after Taylor’s death. This battle was recorded in the Kentucky State Journal. The Kentucky State Journal, August 21, 1883, page 1: After General Taylor’s death in 1848, his slaves waited patiently for some 35 years to receive the land promised them in Taylor’s Will. From time to time, they asked for the land, but without any success. Finally, in 1883, 35 years after Taylor’s death, two former slaves brought a suit against the estate for recovery of land near Alexandria which they claimed the General had bequeathed them. This suit by slaves set an astonishing precedent.” (Submitted on June 9, 2019.)
Credits. This page was last revised on June 10, 2019. It was originally submitted on June 9, 2019, by J. J. Prats of Powell, Ohio. This page has been viewed 245 times since then and 54 times this year. Photos:   1, 2, 3. submitted on June 9, 2019, by J. J. Prats of Powell, Ohio.
Share this page.