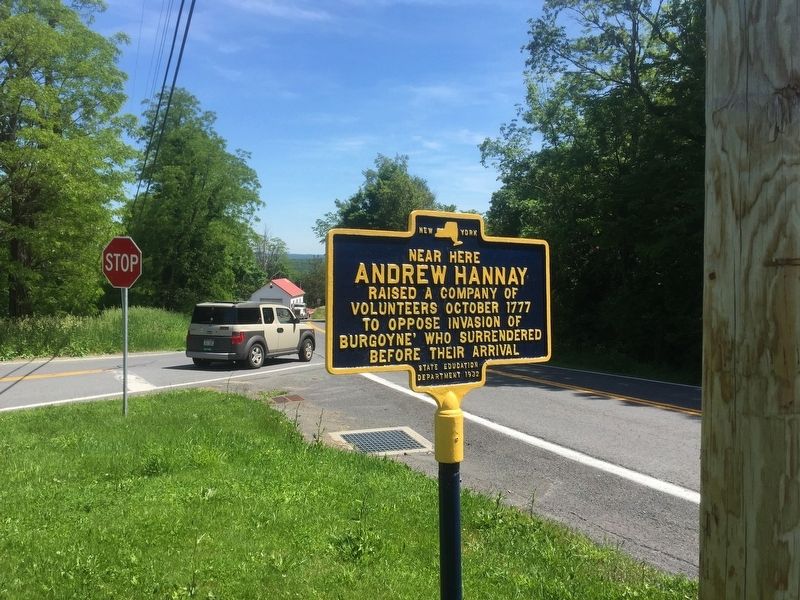 Photographed By Steve Stoessel, June 9, 2019
1. Andrew Hannay Marker
Inscription.
Andrew Hannay. . Near here Andrew Hannay raised a company of volunteers October 1777 to oppose invasion of Burgoyne who surrendered before their arrival . This historical marker was erected in 1932 by State Education Department. It is in Dormansville in Albany County New York

Topics. This historical marker is listed in this topic list: War, US Revolutionary. A significant historical month for this entry is October 1777. 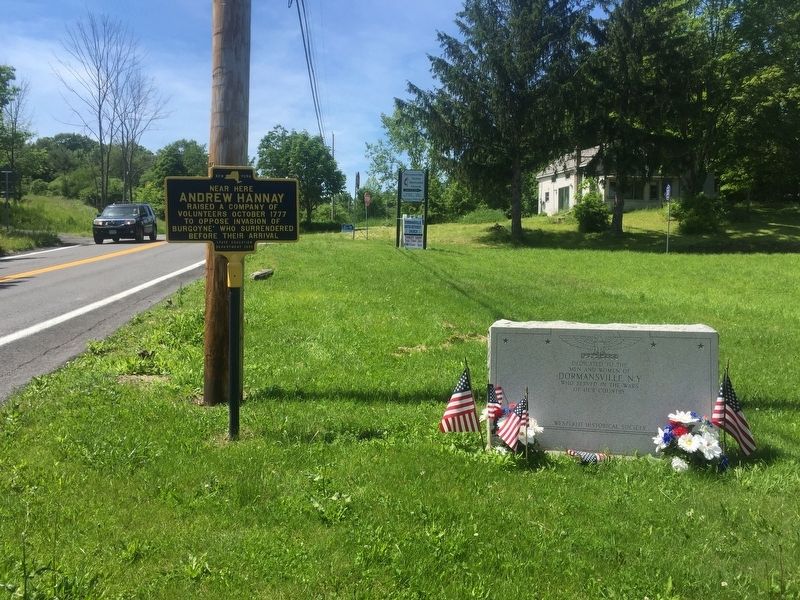 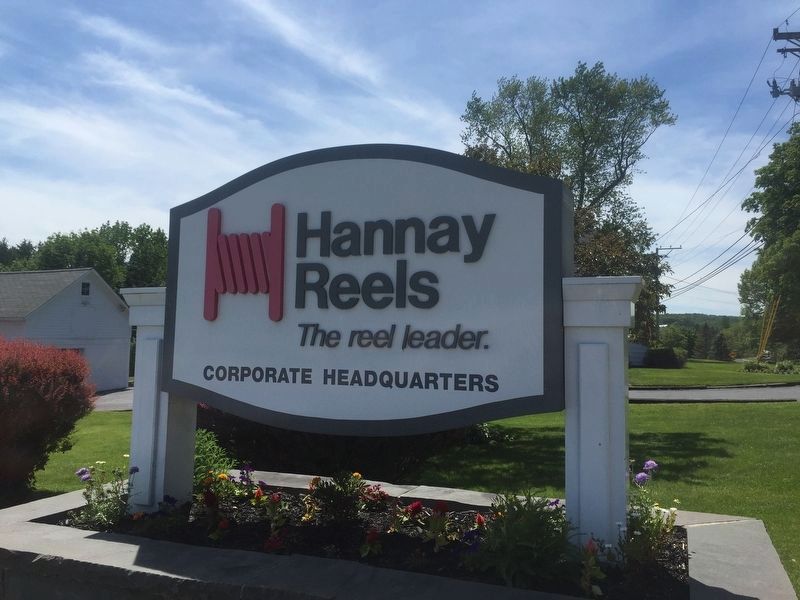