Commissariat for the British Commission 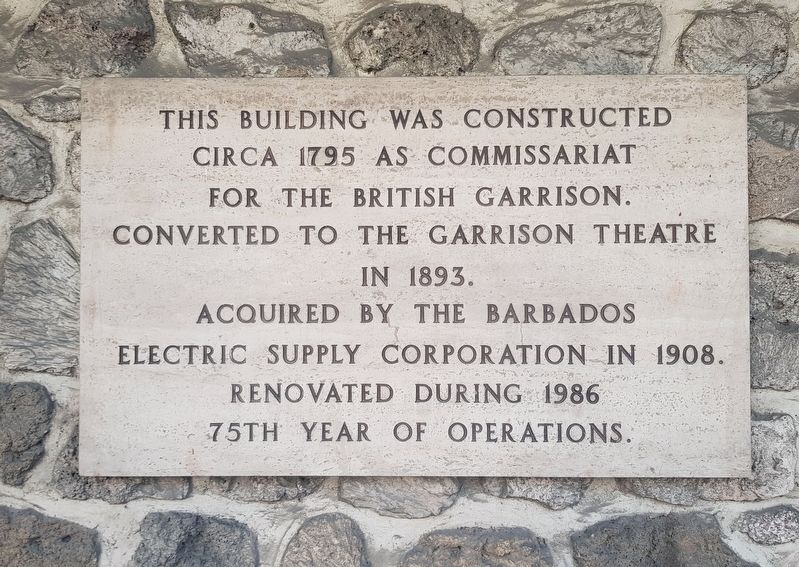 This building was constructed circa 1795 as Commissariat for the British Commission. Converted to the Garrison Theatre in 1893. Acquired by the Barbados Electric Supply Corporation in 1908. Renovated during 1986
75th year of operations.

Additional marker:
In Recognition of the 100th Anniversary of the inauguration of the first electricity generating station in Barbados which took place on this site on June 17, 1911.
This plaque was unveiled on June 17, 2011.

Other nearby markers. At least 8 other markers are within walking distance of this marker. Monument to Those Lost in the 1831 Hurricane (about 120 meters away, measured in a direct line); Royal Artillery Barracks 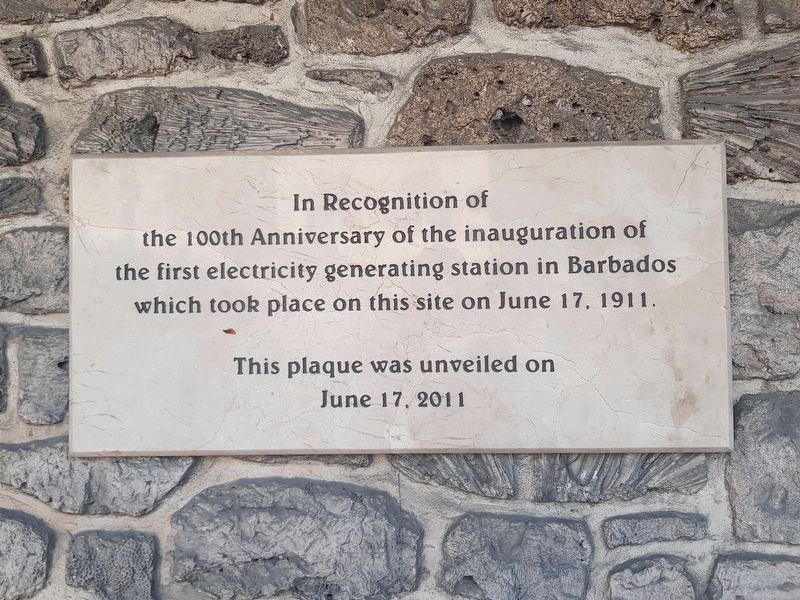 Photographed By J. Makali Bruton, May 27, 2019
2. Additional marker near the Commisariat for the British Commission Marker 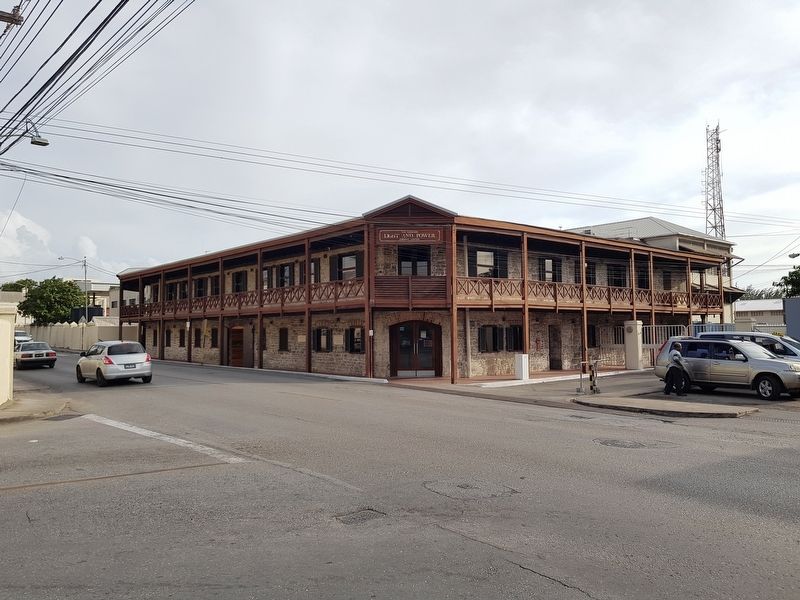