First Church in the Northwest Territory 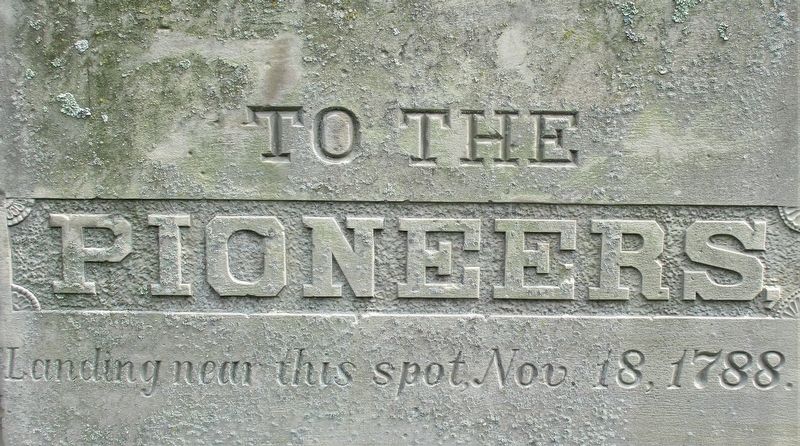 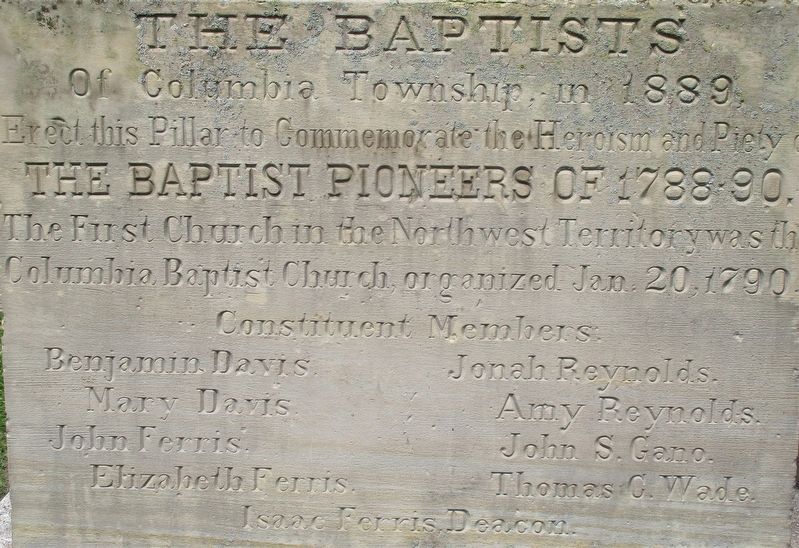 Erected 1889 by Baptists of Columbia Township.

Location. 39° 6.383′ N, 84° 25.749′ W. Marker is in Cincinnati, Ohio, in Hamilton County. Marker can be reached from Wilmer Avenue. marker is in Pioneer Cemetery, formerly known as Columbia Baptist Cemetery. Touch for map. Marker is at or near this postal address: 333 Wilmer Avenue, Cincinnati OH 45226, United States of America. Touch for directions. 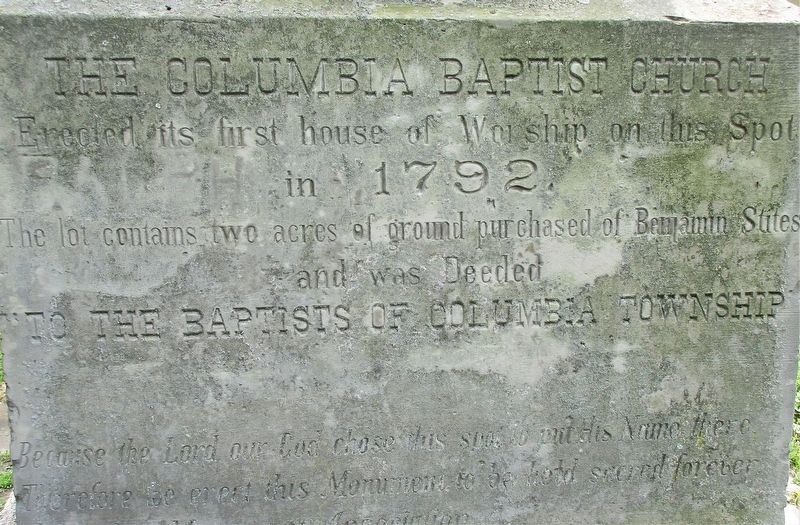 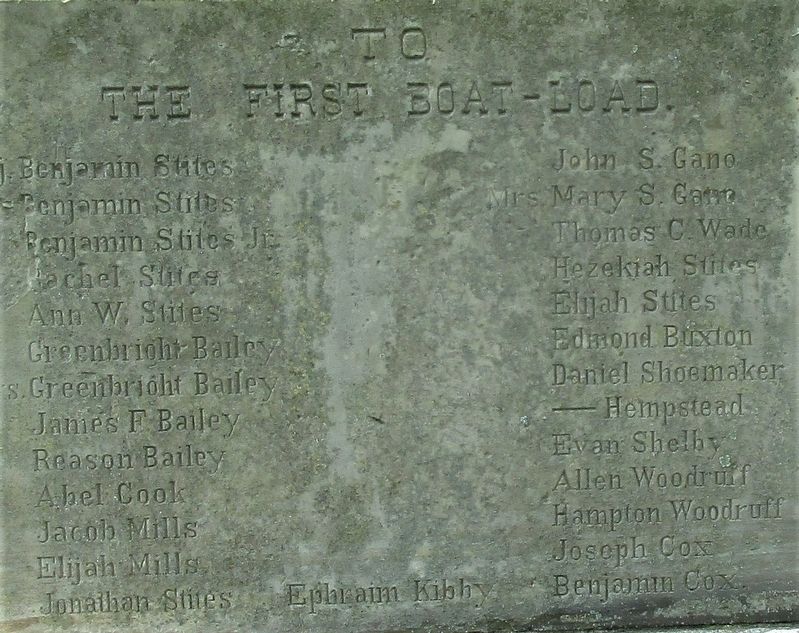 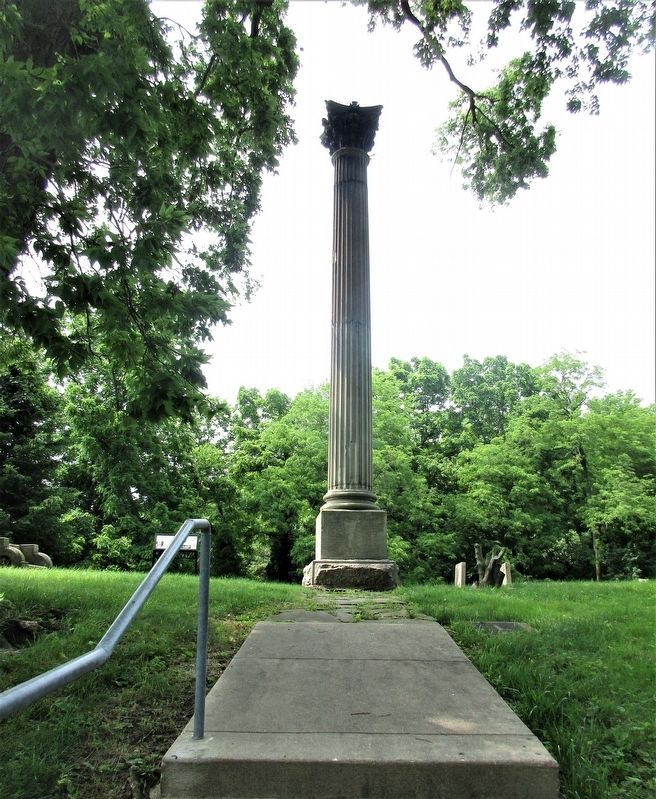 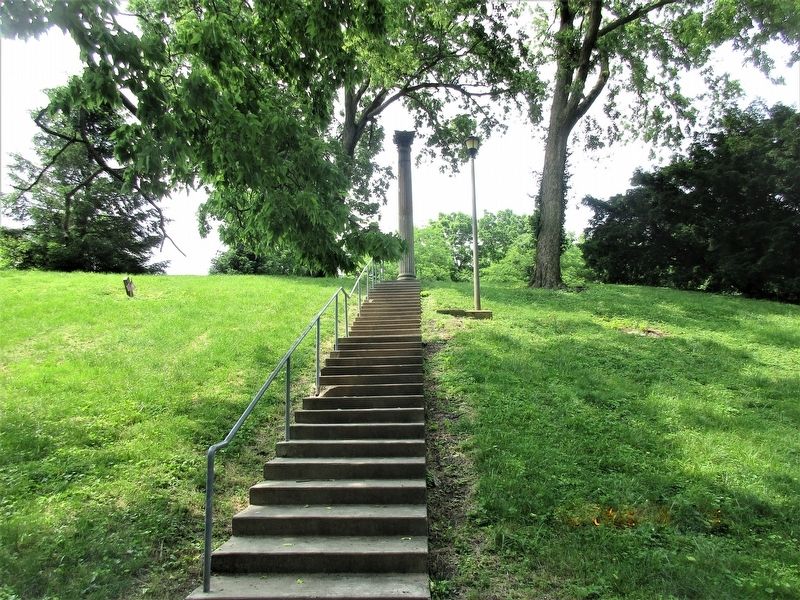 By Rev. Ronald Irick, June 4, 2019
6. Pioneer Pillar Marker
monument as seen from the bottom of the steps, near the parking lot
More. Search the internet for Pioneer Pillar.