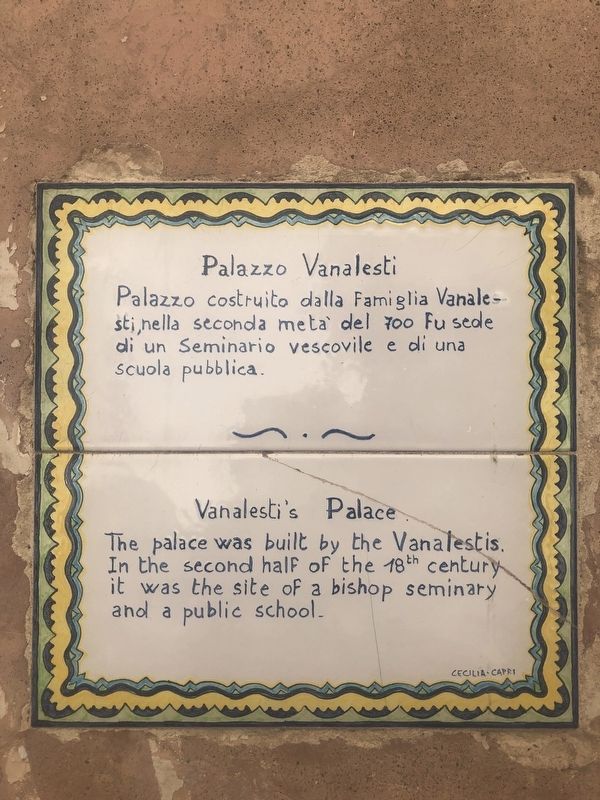 Photographed By Jamie Gallant Jamison
1. Vanalesti’s Palace Marker
Inscription.
The palace was built by the Vanalestis. In the second half of the 18th century it was the site of a bishop seminary and a public school. . This historical marker is in Capri in Napoli Campania Italy