— Army of the Mississippi — 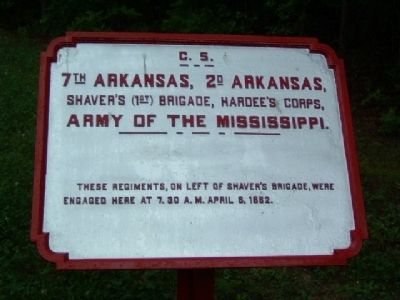 Topics. This historical marker is listed in this topic list: War, US Civil. A significant historical month for this entry is April 1961.

Location. 35° 7.381′ N, 88° 21.035′ W. Marker is in Shiloh, Tennessee, in Hardin County. Marker is on Reconnoitering Road, on the right when traveling south. Located near stop nine, Union Lines of Defense, of the driving tour of Shiloh National Military Park. Touch for map. Marker is in this post office area: Shiloh TN 38376, United States of America. Touch for directions. 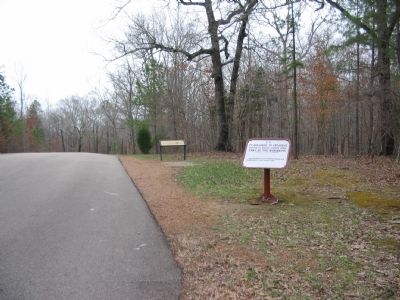 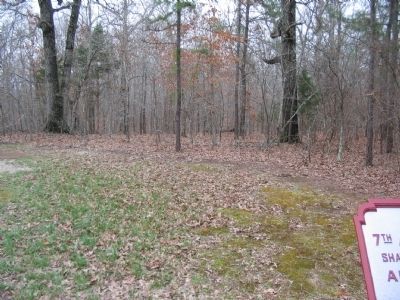 Photographed By Craig Swain
3. Ridge Line
Looking past the tablet at the line held by the Arkansas Regiments. Portions of Shaver's Brigade formed a line along this ridge line in the morning fighting on April 6, confronting Federals on a near parallel rise to the north. Here, the battle began in earnest.
Credits. This page was last revised on September 11, 2020. It was originally submitted on November 12, 2008, by Nick Kurtz of Littleton, Colorado. This page has been viewed 855 times since then and 2 times this year. Photos:   1. submitted on November 12, 2008, by Nick Kurtz of Littleton, Colorado.   2, 3. submitted on August 31, 2009, by Craig Swain of Leesburg, Virginia. • Craig Swain was the editor who published this page.
Share this page.