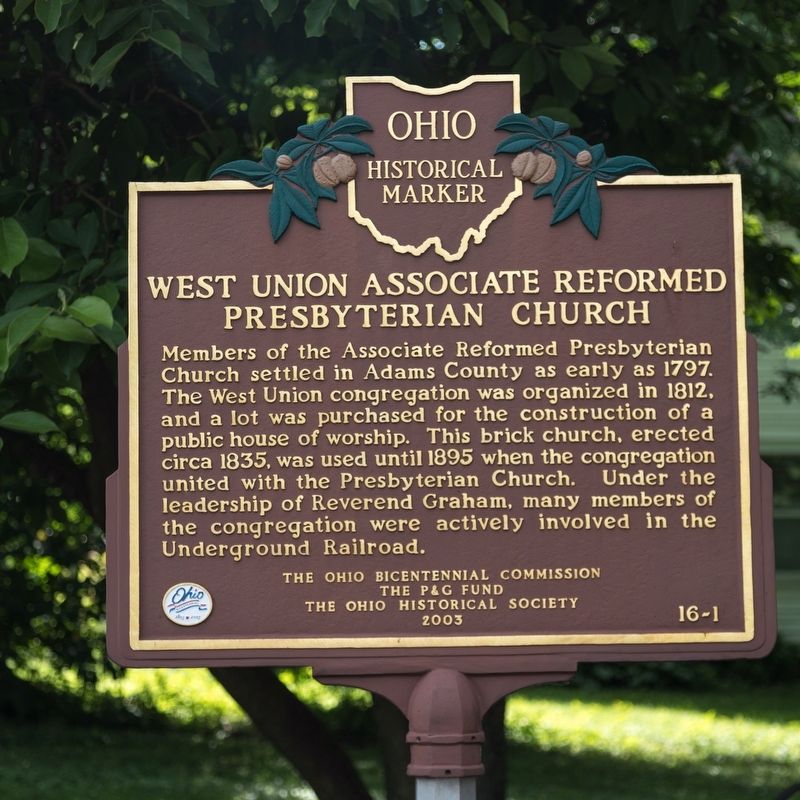 Members of the Associate Reformed Presbyterian Church settled in Adams County as early as 1797. The West Union congregation was organized in 1812, and a lot was purchased for the construction of a public house of worship. This brick church, erected circa 1835, was used until 1895 when the congregation united with the Presbyterian Church. Under the leadership of Reverend Graham, many members of the congregation were actively involved in the Underground Railroad.

John Graham (1798-1849), pastor of the West Union Associate Reformed Presbyterian Church from 1841-1849, erected the house he called Pleasant Hill in 1842. An outspoken abolitionist who preached against the evils of slavery, Graham used his house as a station on the Underground Railroad. “Black Joe” Logan, an escaped slave who lived nearby, conducted runaways from Pleasant Hill to stations north. Reverend Graham died of Asiatic cholera in 1849 and is buried in the old West Union South Cemetery.

Erected 2003 by the Ohio Bicentennial Commission, the P&G Fund, and The Ohio Historical Society. (Marker Number 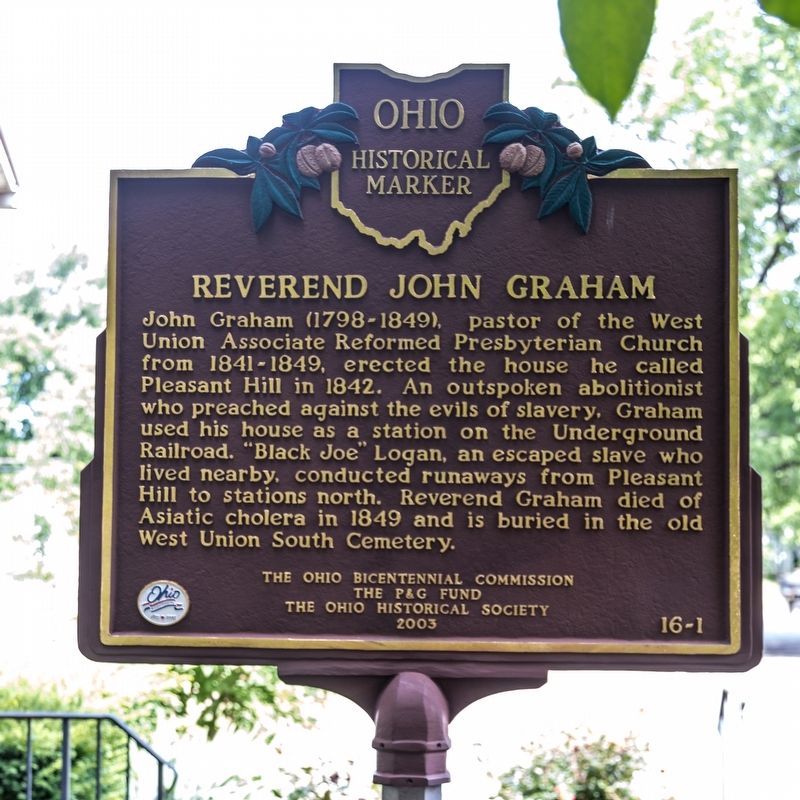 Topics and series. This historical marker is listed in these topic lists: Abolition & Underground RR • African Americans • Churches & Religion. In addition, it is included in the Ohio Historical Society / The Ohio History Connection series list. A significant historical year for this entry is 1797. 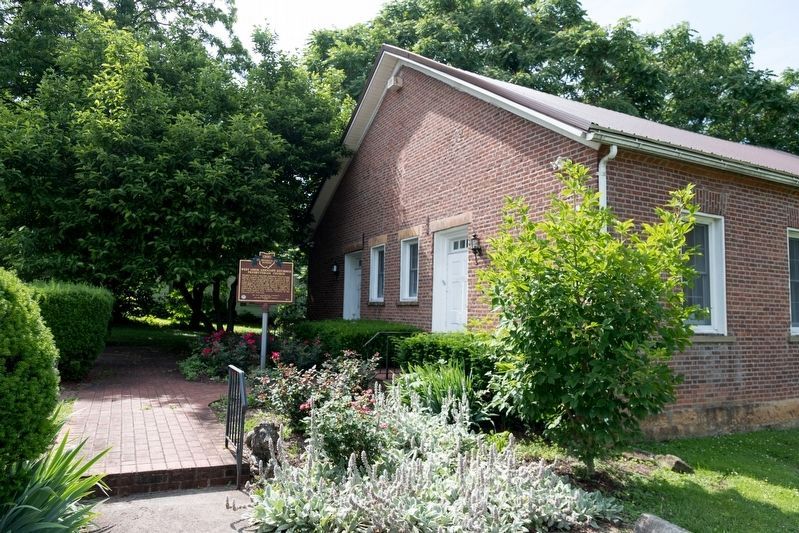