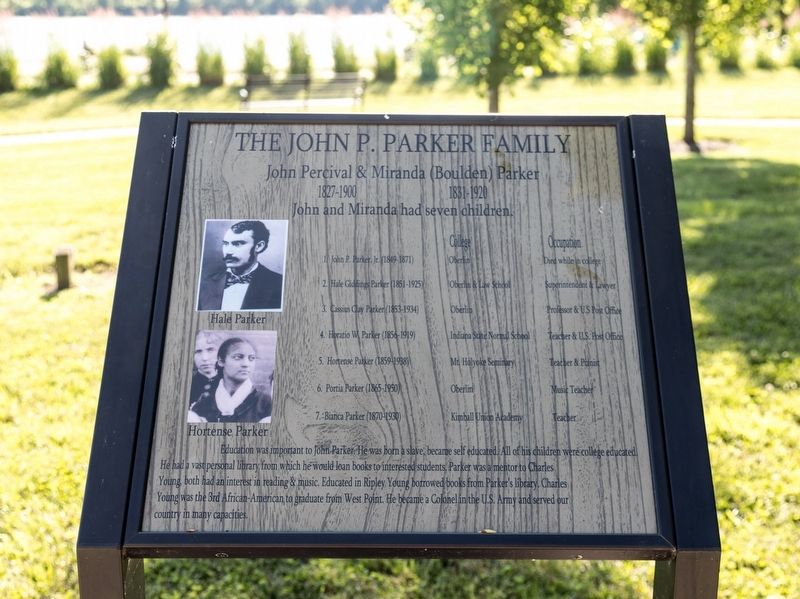 Education was important to John Parker. He was born a slave, became self-educated. All of his children were college-educated. He had a vast personal library from which he would loan books to interested students. Parker was a mentor to Charles Young, both had an interest in reading & music. Educated in Ripley, Young borrowed books from Parker’s library. Charles Young was the 3rd African-American to graduate from West Point. He became a Colonel in the U.S. Army and served our country 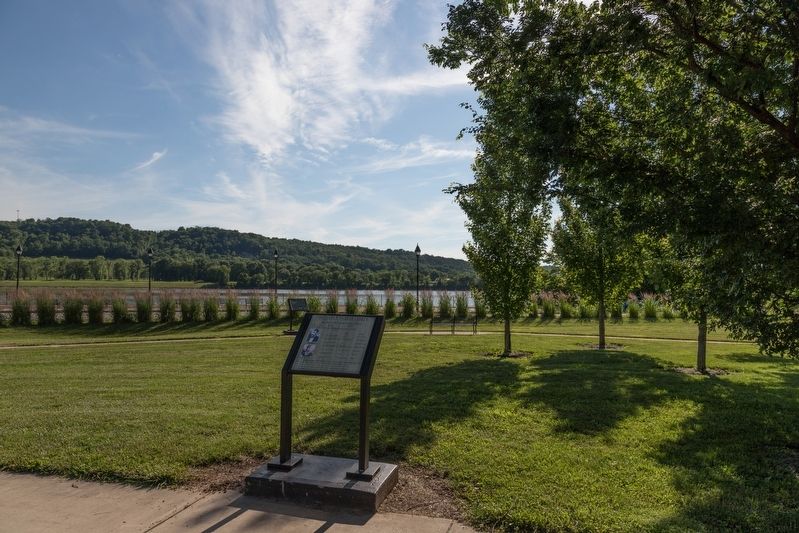 By J. J. Prats, June 11, 2019
2. This Interpretive Panel in John P. Parker Memorial Park
The Ohio River and Kentucky is in the distance.

Click or scan to see
this page online
in many capacities.

Topics. This historical marker is listed in these topic lists: African Americans • Education.