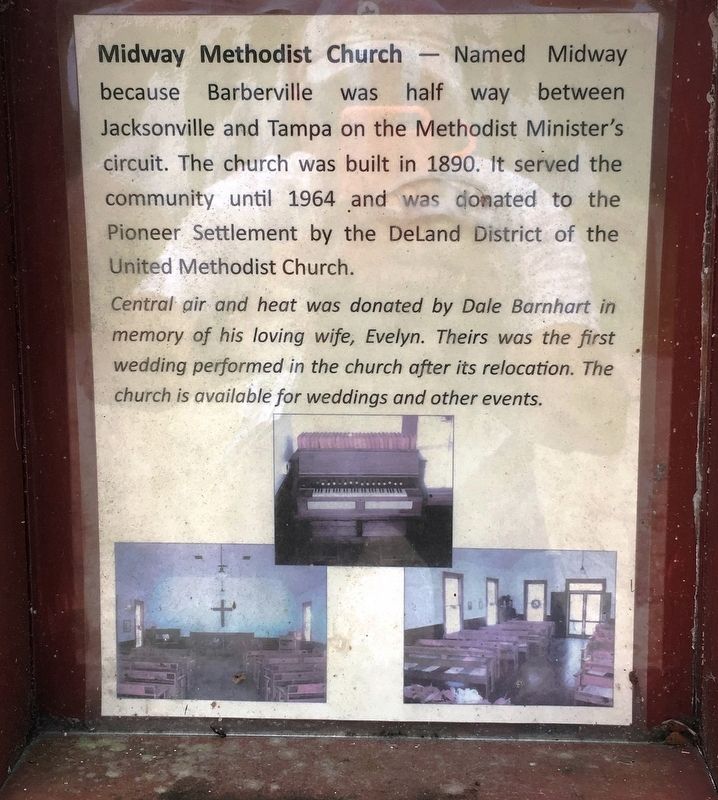 Named Midway because Barberville was half way between Jacksonville and Tampa on the Methodist Minister’s circuit. The church was built in 1890. It served the community until 1964 and was donated to the Pioneer Settlement by the DeLand District of the United Methodist Church.

Central air and heat was donated by Dale Barnhart in memory of his loving wife, Evelyn. Theirs was the first wedding performed in the church after its relocation. The church is available for weddings and other events

Location. 29° 10.985′ N, 81° 25.422′ W. Marker is in Pierson, Florida, in Volusia County. Marker can be reached from Lightfoot Lane south of County Road 3, on the right when traveling south. Marker located within the Barberville Pioneer Settlement. Touch for map. Marker is at or near this postal address: 1776 Lightfoot Lane, Pierson FL 32180, United States of America. Touch for directions. 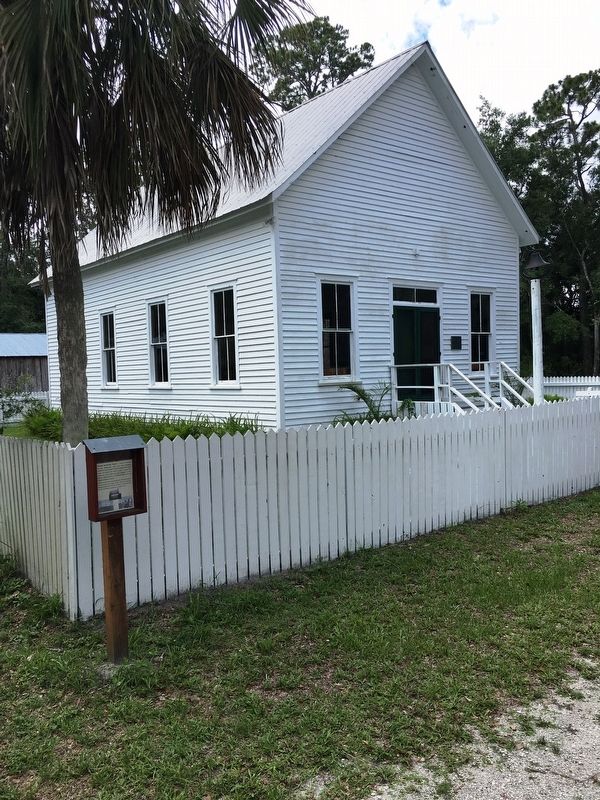 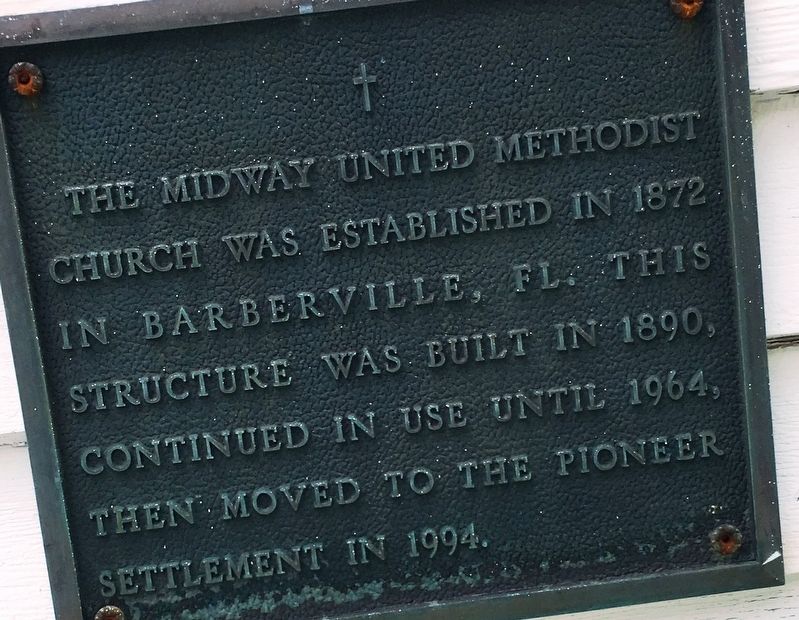 Photographed By Brandon D Cross, June 15, 2019
3. Midway Methodist Church Plaque
The Midway United Methodist Church was established in 1872 in Barberville, FL. This structure was built in 1890, continued in use until 1964, then moved to the Pioneer Settlement in 1994. 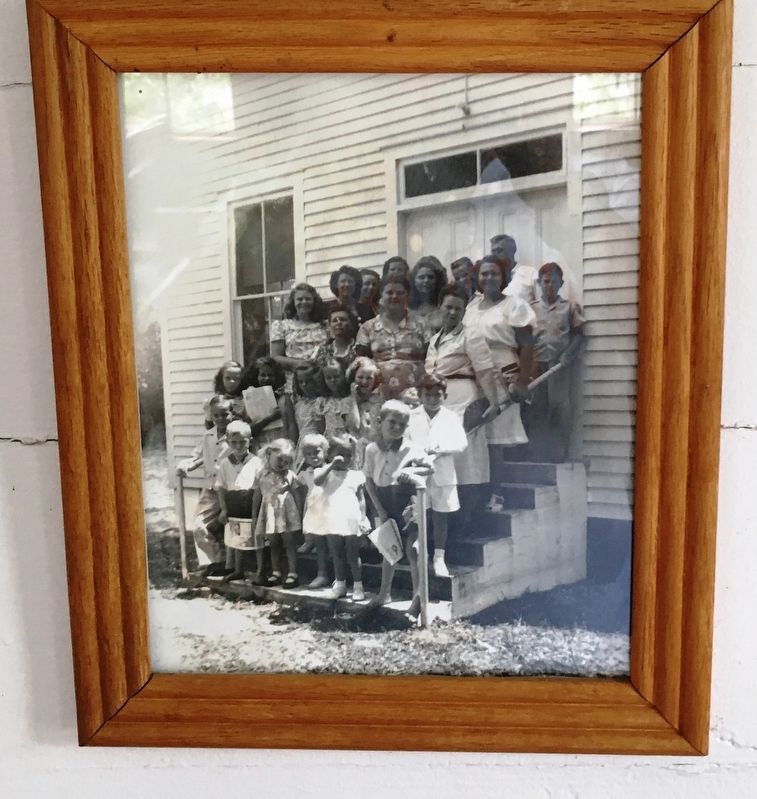