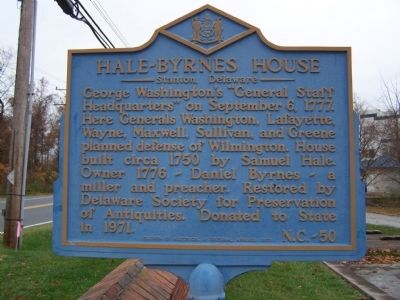 Topics and series. This historical marker is listed in these topic lists: Churches & Religion • Industry & Commerce • War, US Revolutionary. In addition, it is included in the Delaware Public Archives, and the Former U.S. Presidents: #01 George Washington series lists. A significant historical month for this entry is September 1813.

Location. 39° 42.089′ N, 75° 39.038′ W. Marker is in Stanton, Delaware, in New Castle County. Marker is on Stanton-Christiana Road, 0.3 miles north of Ogletown-Stanton Road, on the right when traveling north. Marker is next to White Clay Creek. Touch for map. Marker is in this post office area: Newark DE 19713, United States of America. Touch for directions. 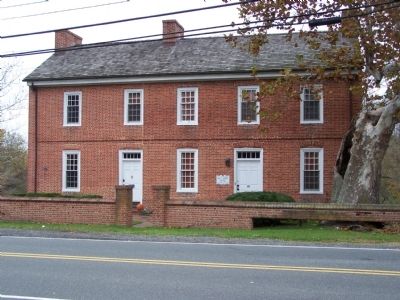 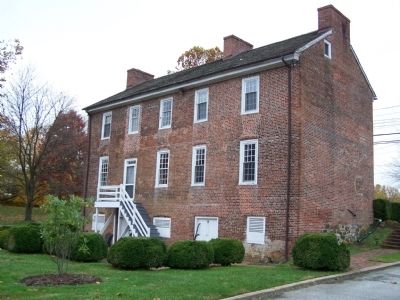 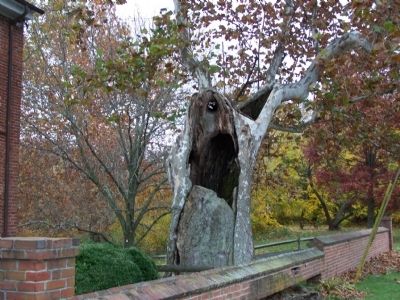 By Bill Pfingsten, November 6, 2008
4. Sycamore tree at front of house.
Tree appears to be as old or older than the Hale-Byrnes House. 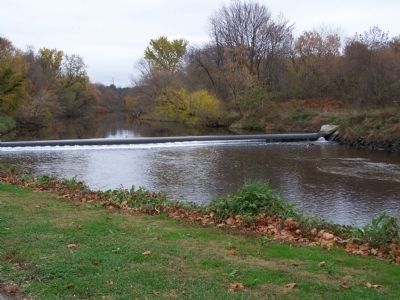