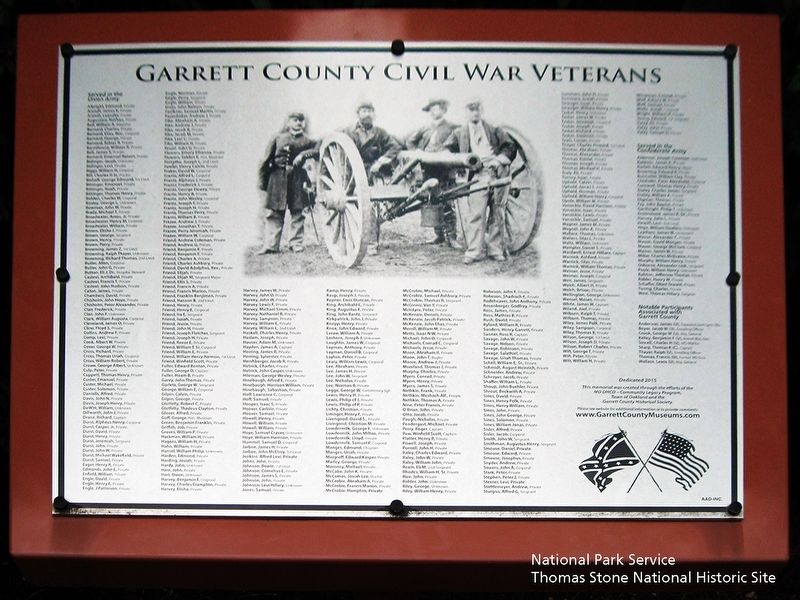 Served in the Union Army
(List of over 400 names)

This memorial was created through the efforts of MD OHCO - Community Legacy Program, Town of Oakland and the Garrett County Historical Society.

Location. 39° 24.427′ N, 79° 24.424′ W. Marker is in Oakland, Maryland, in Garrett County. Memorial is at the intersection of East Oak Street (U.S. 219) and South 3rd Street, on the left when traveling east on East Oak Street. Across the street from the BB&T Bank. Touch for map. Marker is in this post office area: Oakland MD 21550, United States of America. Touch for directions. 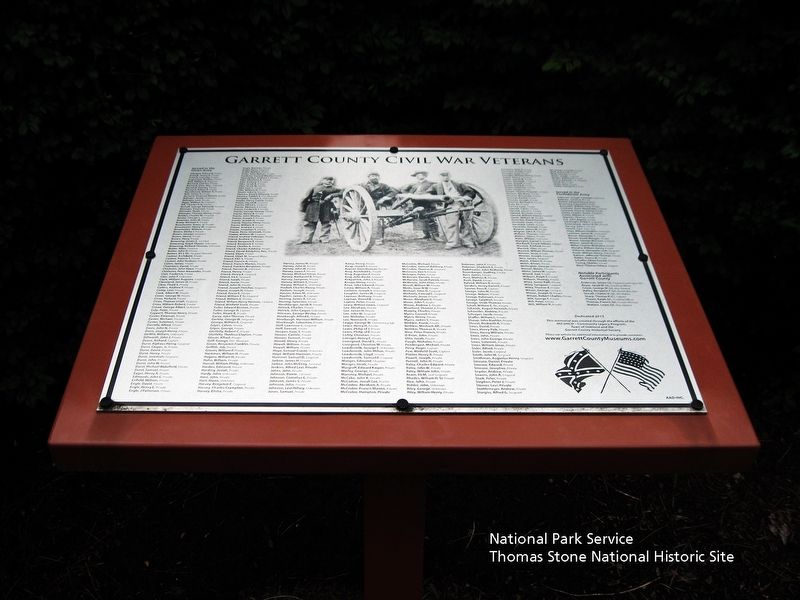 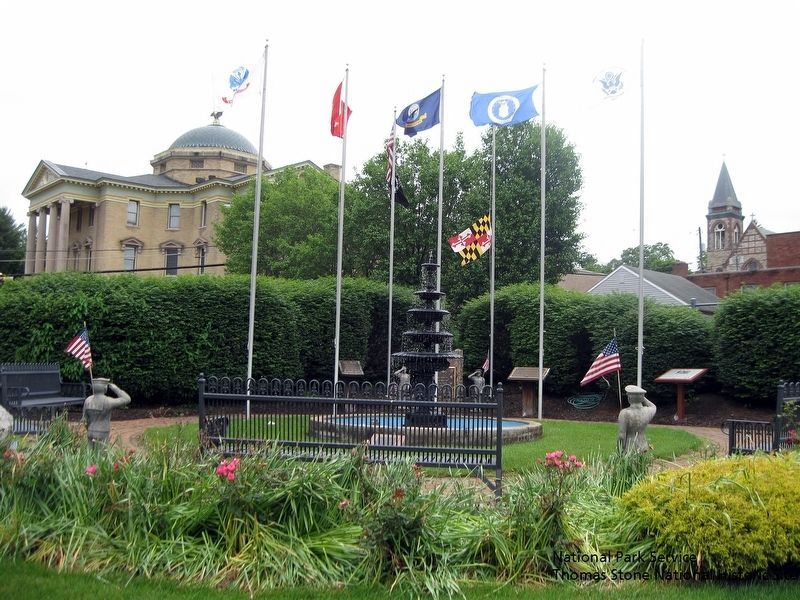