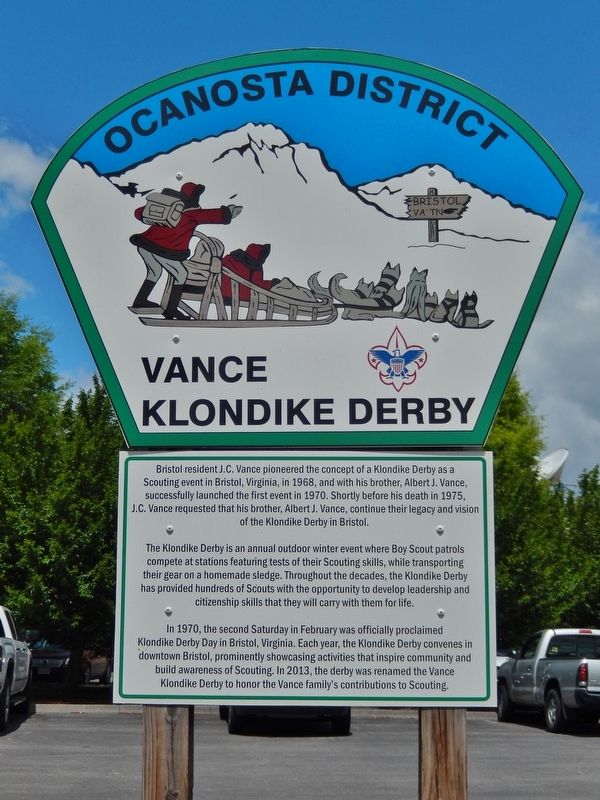 Bristol resident J.C. Vance pioneered the concept of a Klondike Derby as a Scouting event in Bristol, Virginia, in 1968, and with his brother, Albert J. Vance, successfully launched the first event in 1970. Shortly before his death in 1975, J.C. Vance requested that his brother, Albert J. Vance, continue their legacy and vision of the Klondike Derby in Bristol.

The Klondike Derby is an annual outdoor winter event where Boy Scout patrols compete at stations featuring tests of their Scouting skills, while transporting their gear on a homemade sledge. Throughout the decades, the Klondike Derby has provided hundreds of Scouts with the opportunity to develop leadership and citizenship skills that they will carry with them for life.

In 1970, the second Saturday in February was officially proclaimed Klondike Derby Day in Bristol, Virginia. Each year, the Klondike Derby convenes in downtown Bristol, prominently showcasing activities that inspire community and build awareness of Scouting. In 2013, the derby was renamed the Vance Klondike Derby to honor the Vance family's contributions to Scouting. 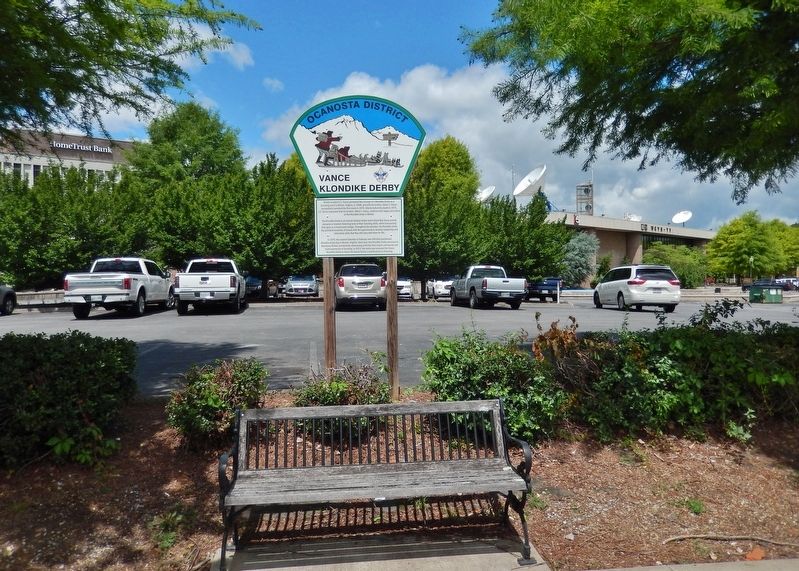 Click or scan to see
this page online
in these topic lists: Fraternal or Sororal Organizations • Sports. A significant historical year for this entry is 1970.

Location. 36° 35.711′ N, 82° 10.851′ W. Marker is in Bristol, Virginia. Marker is on Martin Luther King, Jr. Boulevard (Virginia Route 113) north of State Street, on the right when traveling south. Marker is located beside the sidewalk, on the east side of a bank parking lot. Touch for map. Marker is at or near this postal address: 425 State Street, Bristol VA 24201, United States of America. Touch for directions.