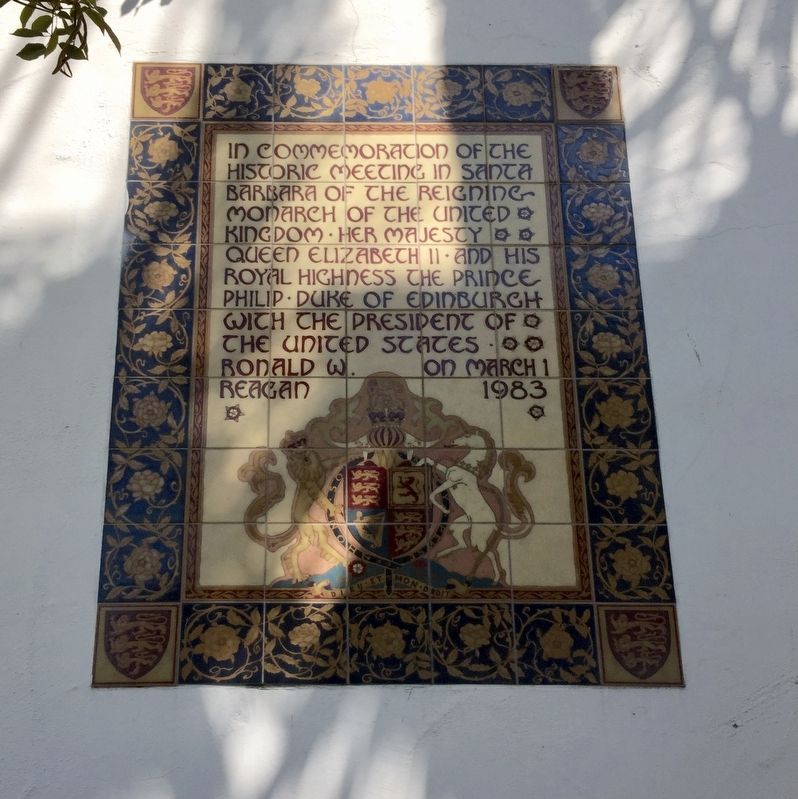 In commemoration of the historic meeting in Santa Barbara of the reigning monarch of the United Kingdom, Her Majesty Queen Elizabeth II, and His Royal Highness the Prince, Philip, Duke of Edinburgh with the President of the United States, Ronald W. Reagan on March 1, 1983

Topics and series. This historical marker is listed in this topic list: Notable Events. In addition, it is included in the Former U.S. Presidents: #40 Ronald Reagan series list. A significant historical date for this entry is March 1, 1983. 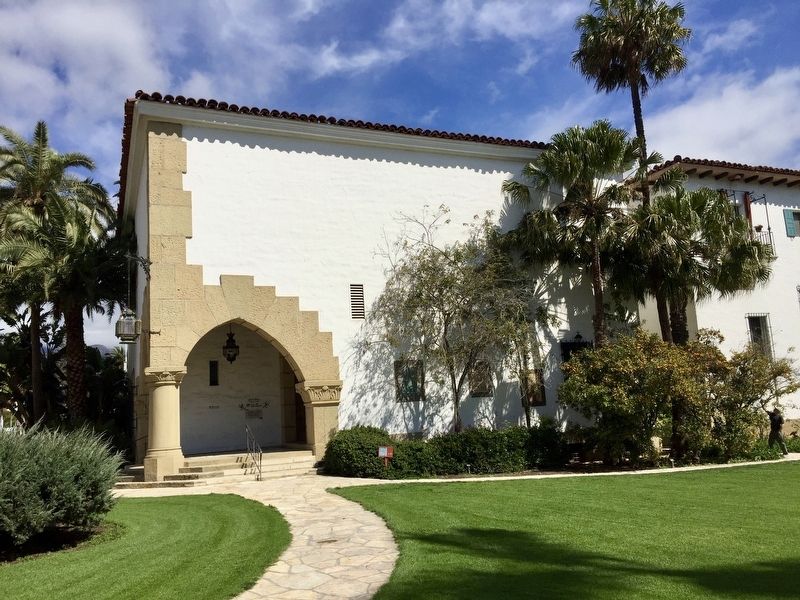 Photographed By Andrew Ruppenstein, March 4, 2019
2. President Reagan Meets Queen Elizabeth II Marker - wide view
This marker is the rightmost of the 3 tiled markers that are attached to the southwest corner of the courthouse. Because of the nearby trees, they may be difficult to see from any distance. 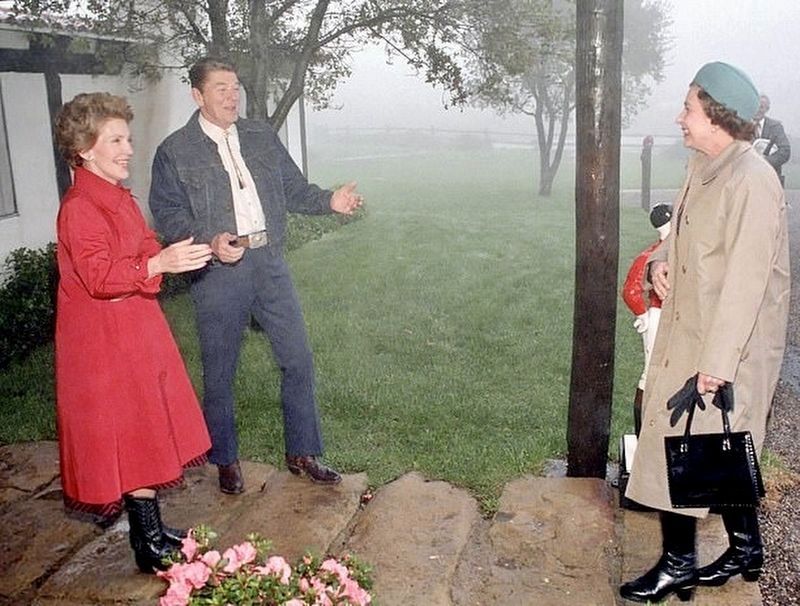