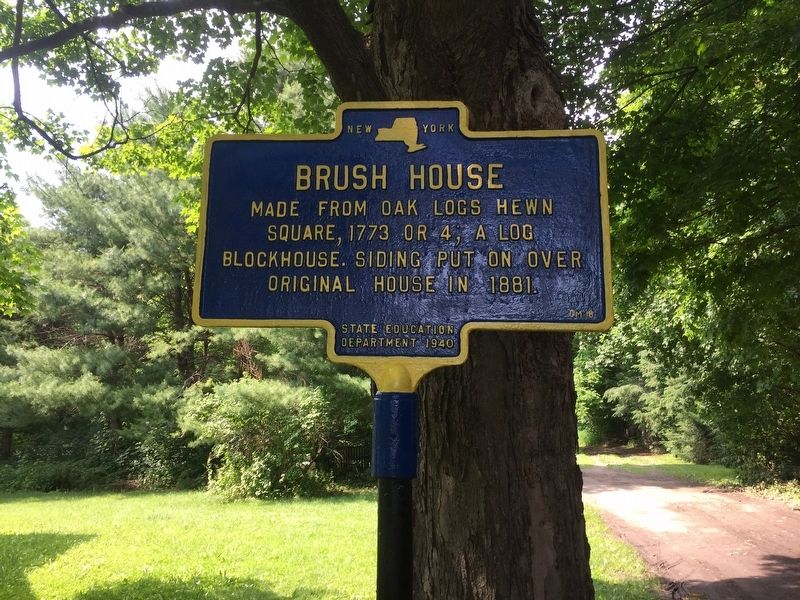 By Steve Stoessel, June 22, 2019
1. Brush House Marker
Inscription.
Brush House. . Made from oak logs hewn square, 1773 or 4; a log blockhouse. Siding put on over original house in 1881. . This historical marker was erected in 1940 by State Education Department. It is in Pine Plains in Dutchess County New York 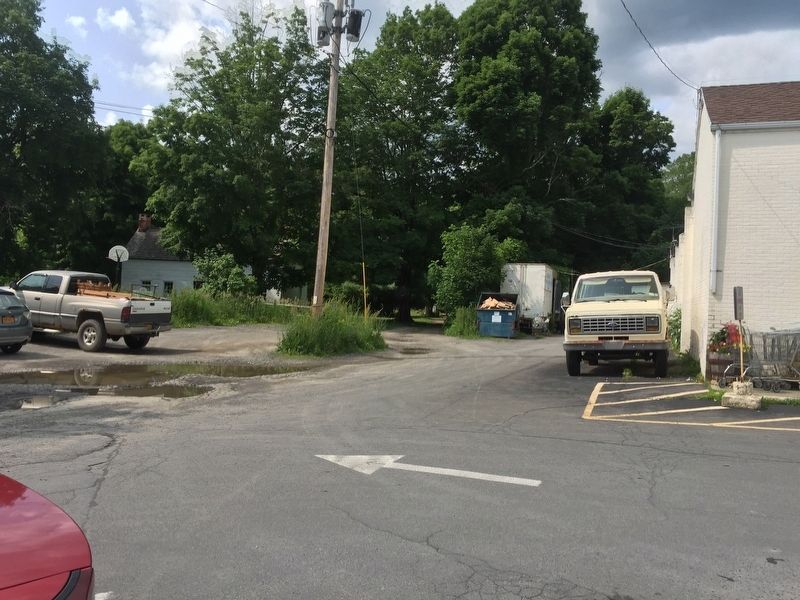 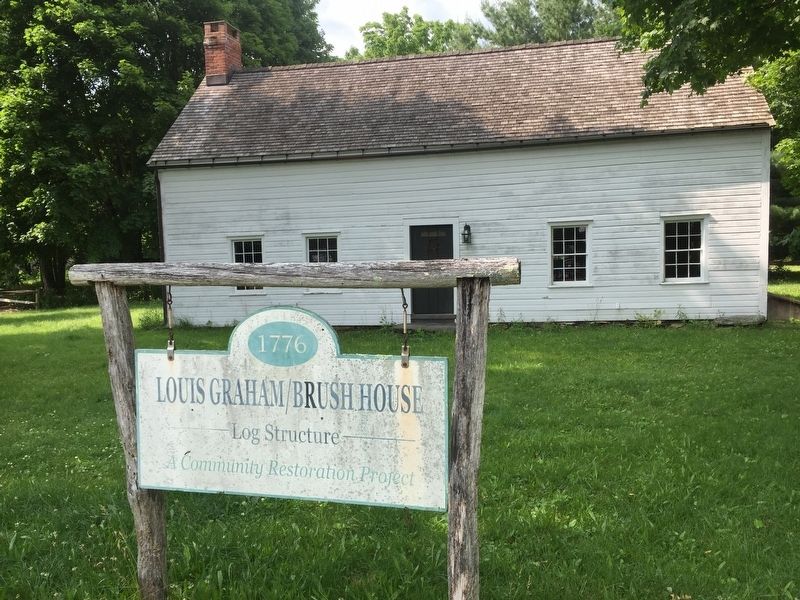