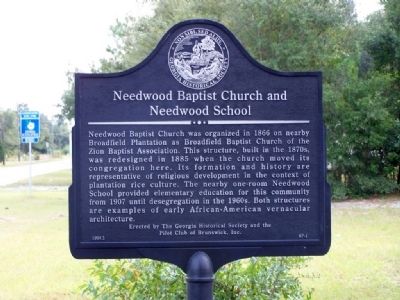 Needwood Baptist Church was organized in 1866 on nearby Broadfield Plantation as Broadfield Baptist Church of the Zion Baptist Association. This structure, built in the 1870s, was redesigned in 1885 when the church moved its congregation here. Its formation and history are representative of religious development in the context of plantation rice culture. The nearby one-room Needwood School provided elementary education for this community from 1907 until desegregation in the 1960s. Both structures are examples of early African-American vernacular architecture.

Topics and series. This historical marker is listed in these topic lists: African Americans • Churches & Religion • Notable Buildings. In addition, it is included in the Georgia Historical Society series list. A significant historical year for this entry is 1866. 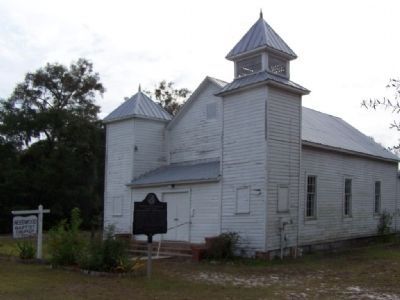 Photographed By Mike Stroud, November 2, 2008
2. Needwood Baptist Church along US 17 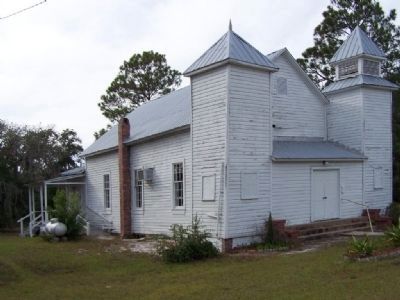 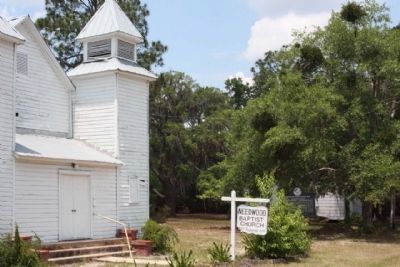 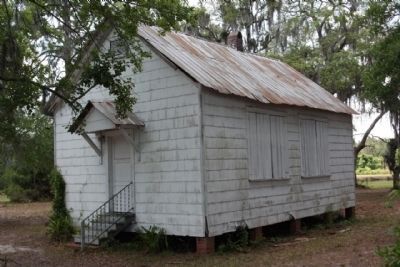 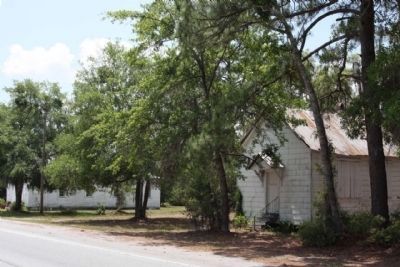