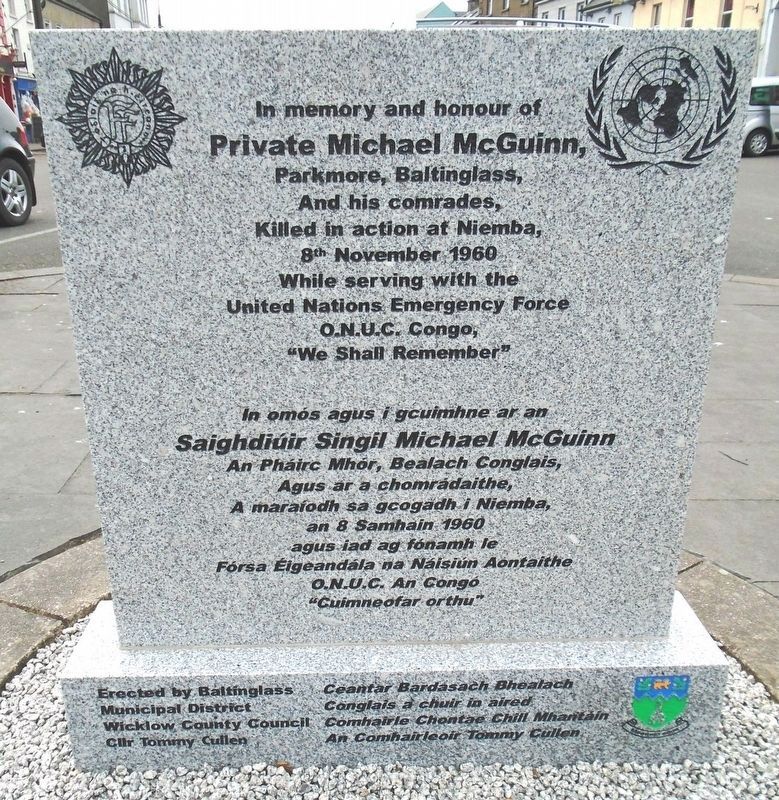 By William Fischer, Jr., May 16, 2019
1. Private Michael McGuinn Monument
Inscription.
[Opposite side of monument]
In memory of Garda Patrick O'Halloran, Native of Gort, Co. Galway, Who died in the execution of his duty At Baltinglass, Co. Wicklow, On 29th January 1924

. This memorial was erected by Baltinglass Municipal District, Wicklow County Council. It is in Baltinglass in County Wicklow Leinster Ireland

In memory and honour of
Private Michael McGuinn,
Parkmore, Baltinglass,
And his comrades,
Killed in action at Niemba,
8th November 1960
While serving with the
United Nations Emergency Force
O.N.U.C. Congo,
"We Shall Remember"
Share This Page.