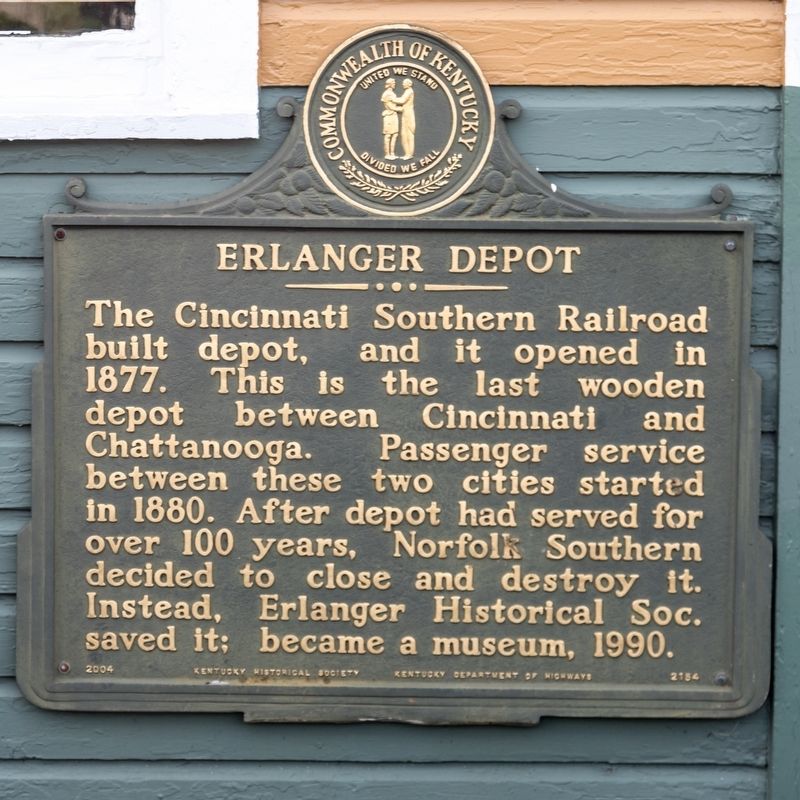 Photographed By J. J. Prats, June 12, 2019
1. Erlanger Depot Marker
Inscription.
Erlanger Depot. . The Cincinnati Southern Railroad built depot, and it opened in 1877. This is the last wooden depot between Cincinnati and Chattanooga. Passenger service between these two cities started in 1880. After depot had served for over 100 years, Norfolk Southern decided to close and destroy it. Instead, Erlanger Historical Society saved it; became a museum, 1990. . This historical marker was erected in 2004 by Kentucky Historical Society and Kentucky Department of Highways. It is in Erlanger in Kenton County Kentucky

The Cincinnati Southern Railroad built depot, and it opened in 1877. This is the last wooden depot between Cincinnati and Chattanooga. Passenger service between these two cities started in 1880. After depot had served for over 100 years, Norfolk Southern decided to close and destroy it. Instead, Erlanger Historical Society saved it; became a museum, 1990.

Topics and series. This historical marker is listed in this topic list: Railroads & Streetcars. In addition, it is included in the Kentucky Historical Society series list. A significant historical year for this entry is 1877.

Other nearby markers. At least 8 other markers are within 3 miles of this marker, measured as the crow flies. Erlanger Depot / Erlanger Proper Subdivision (within shouting distance of this marker);

Photographed By J. J. Prats, June 12, 2019
2. Erlanger Depot and Marker
Marker is bolted to the wall under and to the right of the double window in the center of the building. The left side of the building was the passenger station. The freight station was on the left, without windows facing the street.

More about this marker. This marker is bolted to the wall of the depot. This marker is the 2004 version. The 2006 version is mounted on its pole nearby and has a separate entry in this database. 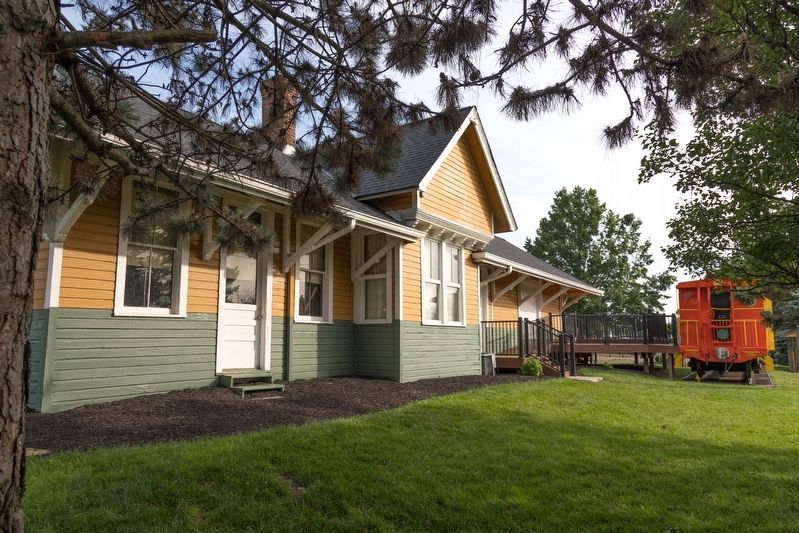 Photographed By J. J. Prats, June 12, 2019
3. Erlanger Depot, Trackside
The depot has been moved away from the tracks.
. “After two years of leasing the property to local companies, in 1881 the city of Cincinnati entered a 25-year lease to an entity called Cincinnati, New Orleans and Texas Pacific Railway, which was held by an English corporation controlled by German-born Parisian banker Frédéric Émile d'Erlanger. Soon Erlanger would come to hold all five segments of railroad from Cincinnati to New Orleans, and west from Meridian, Mississippi to Shreveport, Louisiana. This was dubbed the Queen and Crescent Route, connecting the Queen City to the Crescent City. Erlanger sold his interest in 1890. In 1894 the CNO&TP was one of many properties reorganized by Samuel Spencer into the vastly expanded Southern Railway.” (Submitted on June 30, 2019.)

Additional commentary.
1. December 1925 Timetable for Erlanger, Kentucky
It was a 35 minute ride from Erlanger to Cincinnati. All trains stopping at Erlanger were local trains that stopped at every station. Six passenger trains per day, three in each direction, stopped at this station. One was train No. 15 from Cincinnati, Ohio, that ran all the way to Chattanooga, Tennessee via Lexington, Kentucky, stopping at every station on the route. It left Cincinnati at 6:25 a.m., stopped in Erlanger at 7:00 a.m. and continued south, arriving at Chattanooga at 7:15 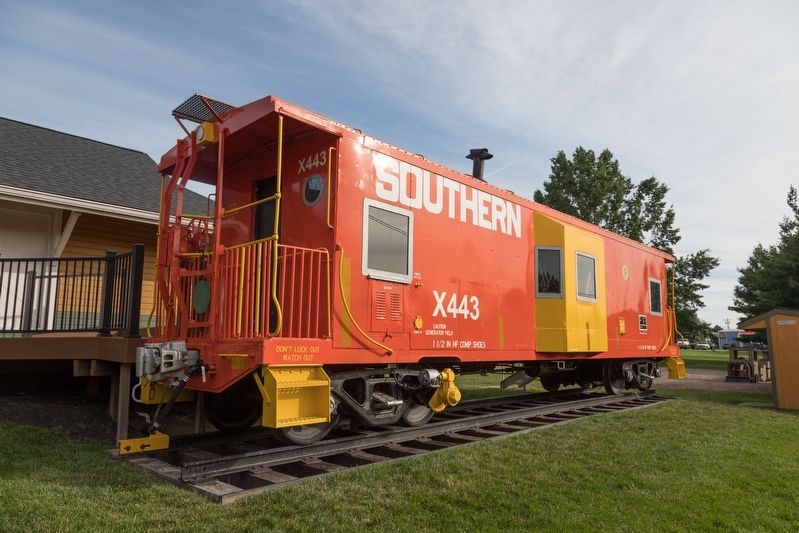 Twelve express passenger trains, six in each direction, rushed past this station without stopping every day. If you wanted to ride them from Erlinger, you took a local to Cincinnati and changed trains there. Those long-distance express trains with restaurant cars, parlor cars, and sleeping cars were the Suwanee River Special between Detroit and cities the west coast of Florida; the Crescent City Special from Cincinnati to New Orleans; the Queen City Special from New Orleans to Cincinnati; the Carolina Special between Chicago and Charleston, South Carolina; the Ohio Special between Buffalo New York and Jacksonville Florida; the Cincinnati-New Orleans Limited; and the Royal Palm between Chicago and Miami or Tampa.
— Submitted June 30, 2019, by J. J. Prats of Powell, Ohio.
Credits. This page was last revised on June 30, 2019. It was originally submitted on June 30, 2019, by J. J. Prats of Powell, Ohio. This page has been viewed 197 times since then and 23 times this year. Photos:   1, 2, 3, 4. submitted on June 30, 2019, by J. J. Prats of Powell, Ohio.
Share this page.