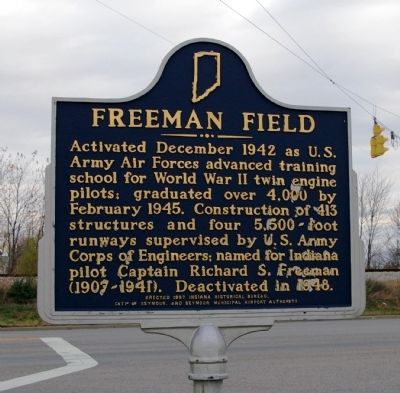 Topics and series. This historical marker is listed in these topic lists: Air & Space • War, World II. In addition, it is included in the Indiana Historical Bureau Markers series list. A significant historical month for this entry is February 1945.

Other nearby markers. At least 8 other markers are within 9 miles of this marker, measured as the crow flies. A different marker also named Freeman Field (approx. 1.3 miles away); 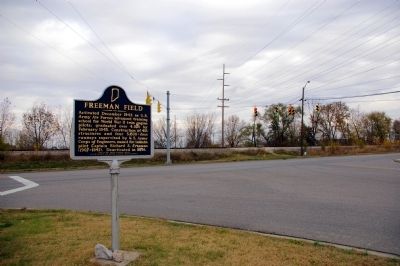 Photographed By David Seibert, November 16, 2008
2. Freeman Field Marker
US 50 (West Tipton Street) and the railroad tracks paralleling US 50 can be seen in the background.