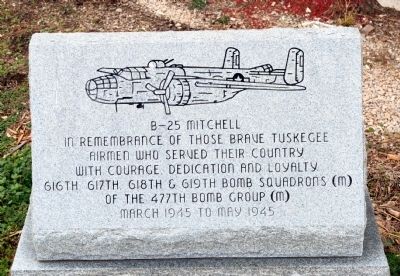 Topics and series. This historical marker is listed in these topic lists: Air & Space • War, World II. In addition, it is included in the Tuskegee Airmen series list. A significant historical month for this entry is March 1945. 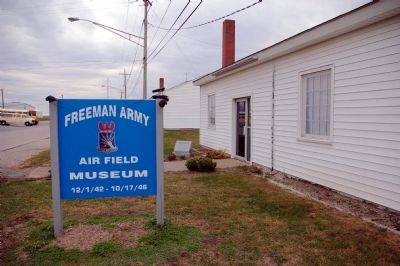 Click or scan to see
this page online
away); The Reno Gang (approx. 2.6 miles away); Shieldstown Bridge (approx. 5.2 miles away); Jackson County W.W. I Veterans Memorial (approx. 7.9 miles away). Touch for a list and map of all markers in Seymour.