Columbia and Its Railroads 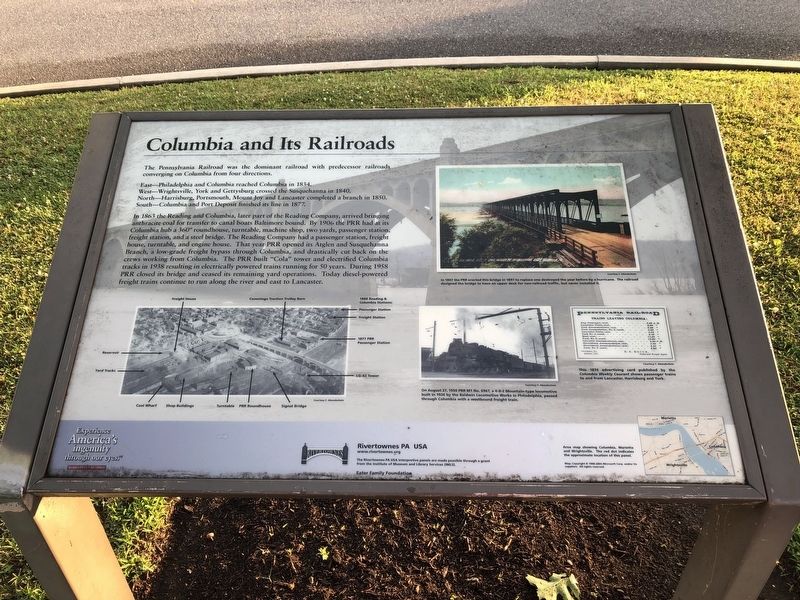 The Pennsylvania Railroad was the dominant railroad with predecessor railroads converging on Columbia from four directions.

East—Philadelphia and Columbia reached Columbia in 1834.
West—Wrightsvile, York and Gettysburg crossed the Susquehanna in 1840.
North—Harrisburg, Portsmouth, Mount Joy and Lancaster completed a branch in 1850.
South—Columbia and Port Deposit finished its line in 1877. 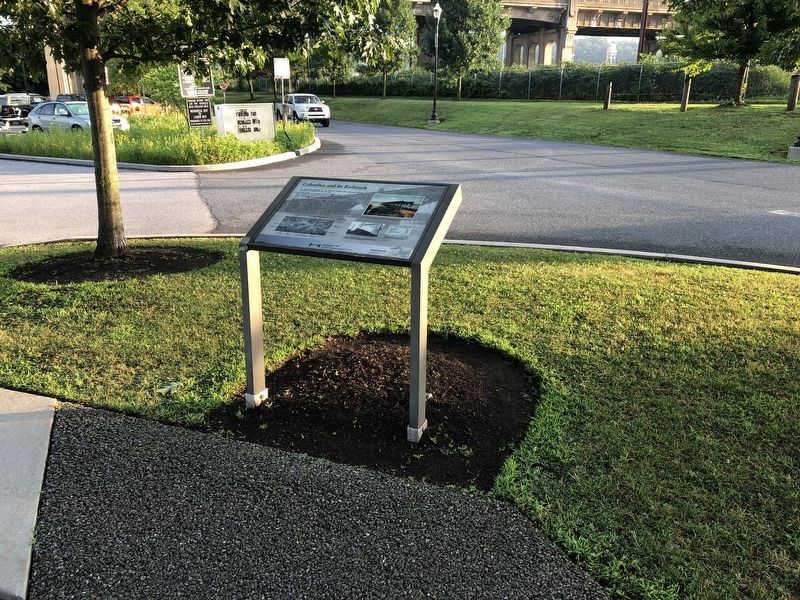 By Devry Becker Jones, July 7, 2019
2. Columbia and Its Railroads Marker
in electrically powered trains running for 50 years. During 1958 PRR closed its bridge and ceased its remaining yard operations. Today diesel-powered freight trains continue to run along the river and east to Lancaster.

Topics and series. This historical marker is listed in this topic list: Railroads & Streetcars. In addition, it is included in the Pennsylvania Railroad series list.

Location. 40° 1.845′ N, 76° 30.49′ W. Marker is in Columbia, Pennsylvania, in Lancaster County. Marker can be reached from Walnut Street west of Locust Street, on the right when traveling west. Touch for map. Marker is at or near this postal address: 100 N Front St, Columbia PA 17512, United States of America. Touch for directions.