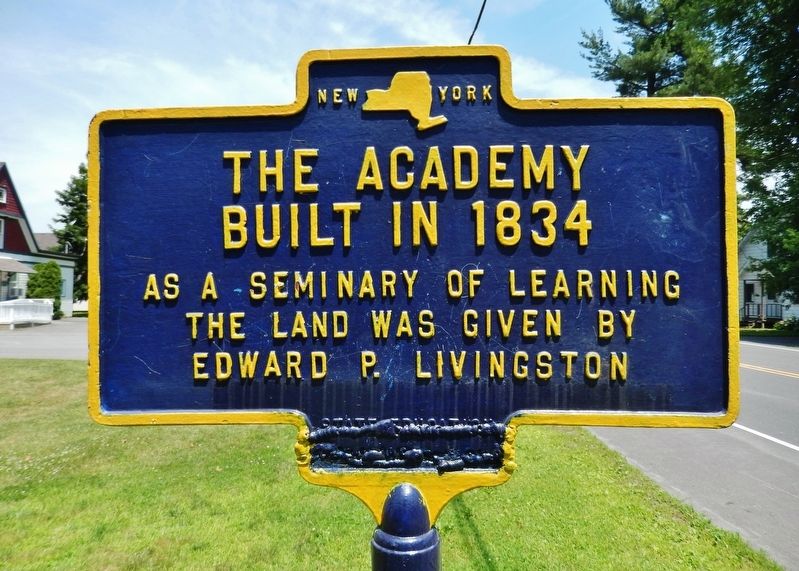 Photographed By Cosmos Mariner, July 4, 2019
1. The Academy Marker
Inscription.
The Academy. Built in 1834.
As a seminary of learning The land was given by Edward P. Livingston. . This historical marker was erected by State Education Department. It is in Clermont in Columbia County New York

As a seminary of learning
The land was given by
Edward P. Livingston

Topics. This historical marker is listed in these topic lists: Charity & Public Work • Education. A significant historical year for this entry is 1834. 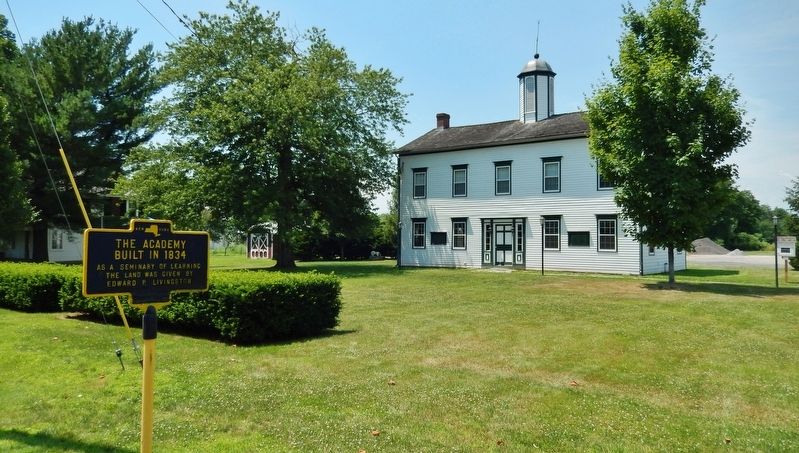 Regarding The Academy. National Register of Historic Places #83003931

Related markers. Click here for a list of markers that are related to this marker. Clermont, New York

Also see . . .  Clermont Academy (Wikipedia). Was built in 1834 and is a two-story, five bay frame building in the Federal style. It features a gable roof with centrally located octagonal cupola. It originally functioned as a private secondary school, but became a public school and community center in 1855. (Submitted on July 7, 2019, by Cosmos Mariner of Cape Canaveral, Florida.)