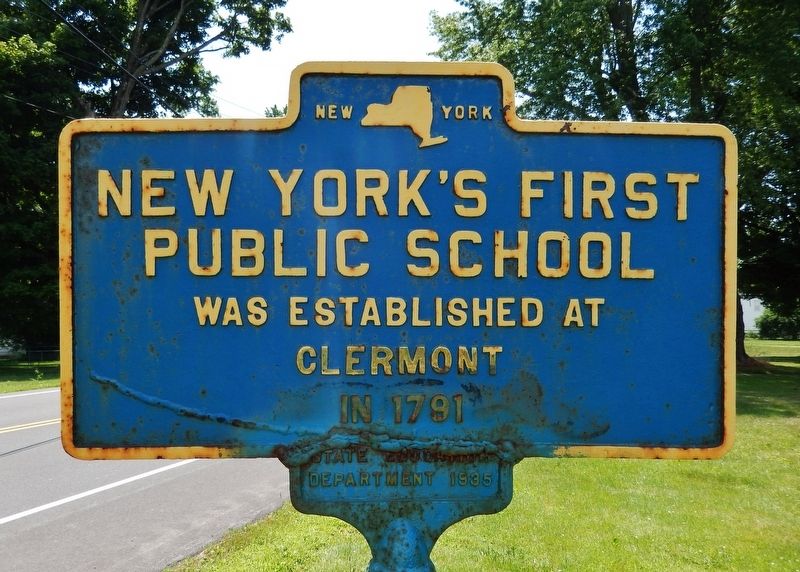 Was established at
Clermont
in 1791

Topics. This historical marker is listed in these topic lists: Colonial Era • Education. A significant historical year for this entry is 1791. 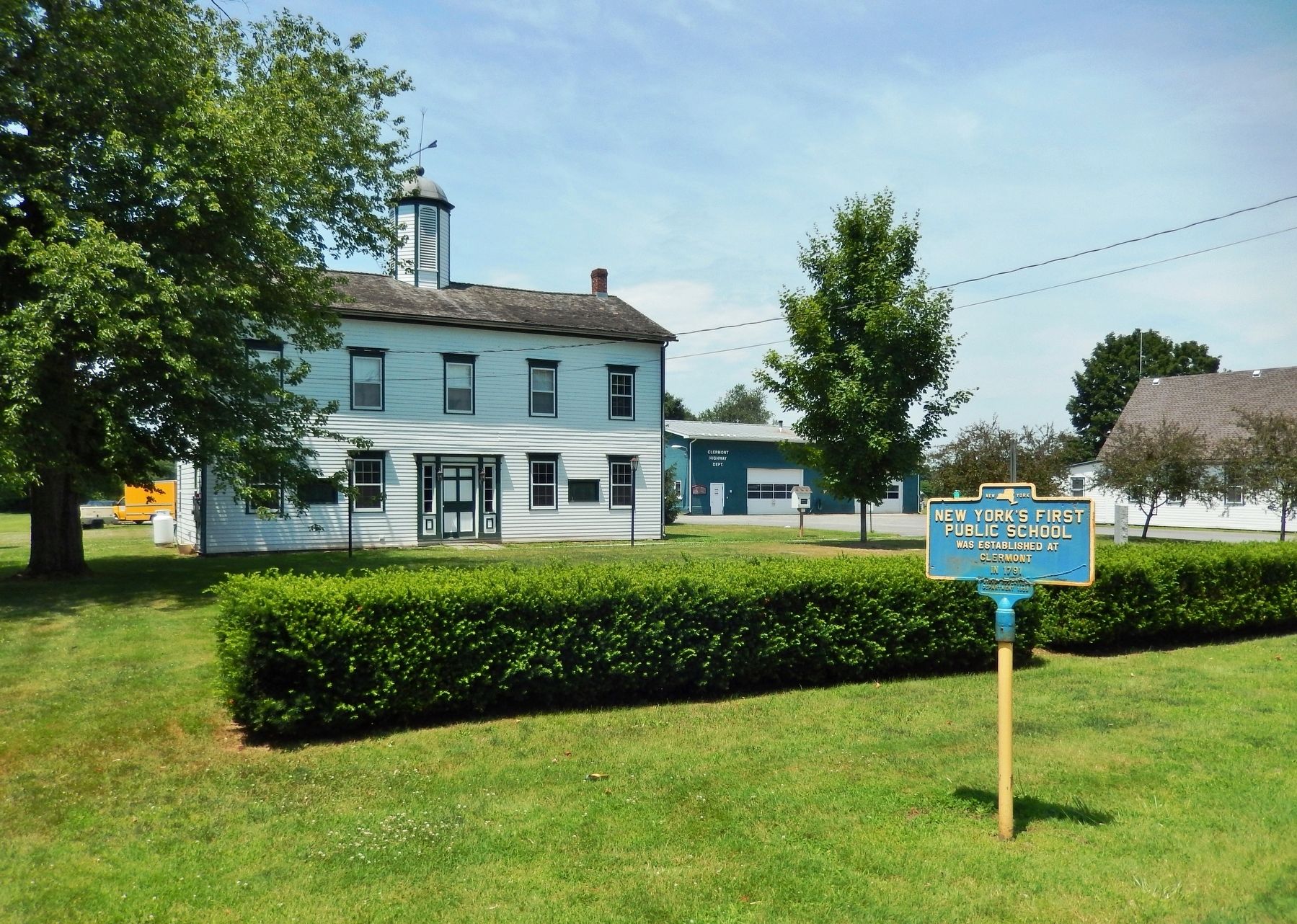 Regarding First Public School in New York.
The first public school in the State of New York was established in 1791 on the edge of the road in front of the site where the Town Hall now stands. The Clermont Academy in the village was built in 1834 on land given by Edward Livingston. The south room was rented to the district for school purposes, the north room was used by the Christian Endeavor Society. The large room in the upper part was used for religious services and Sunday School.

Related markers. Click here for a list of markers that are related to this marker. Clermont, New York