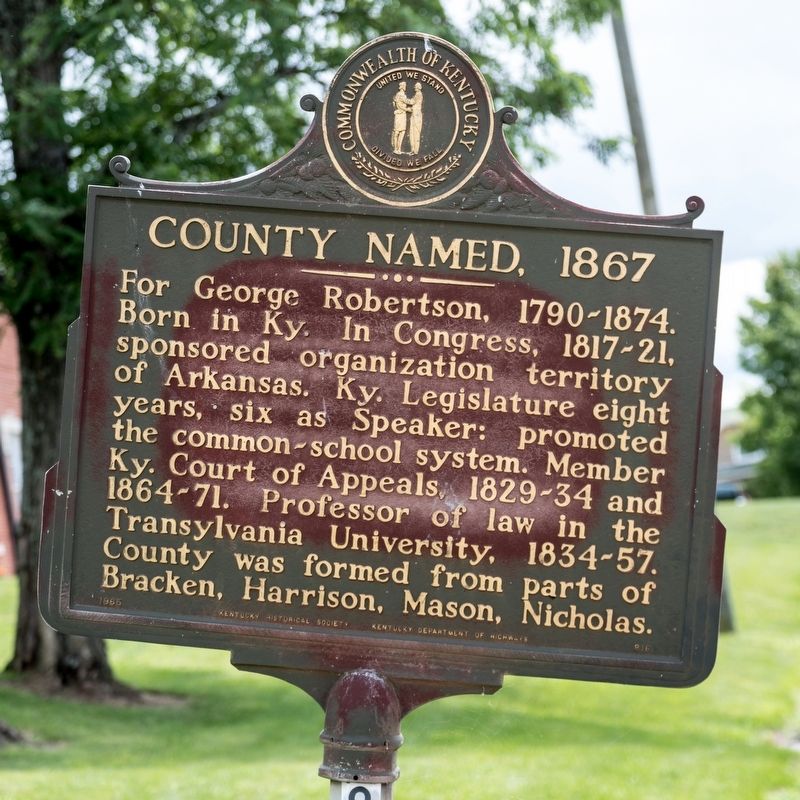 Topics and series. This historical marker is listed in these topic lists: Government & Politics • Political Subdivisions. In addition, it is included in the Kentucky Historical Society series list. A significant historical year for this entry is 1867. 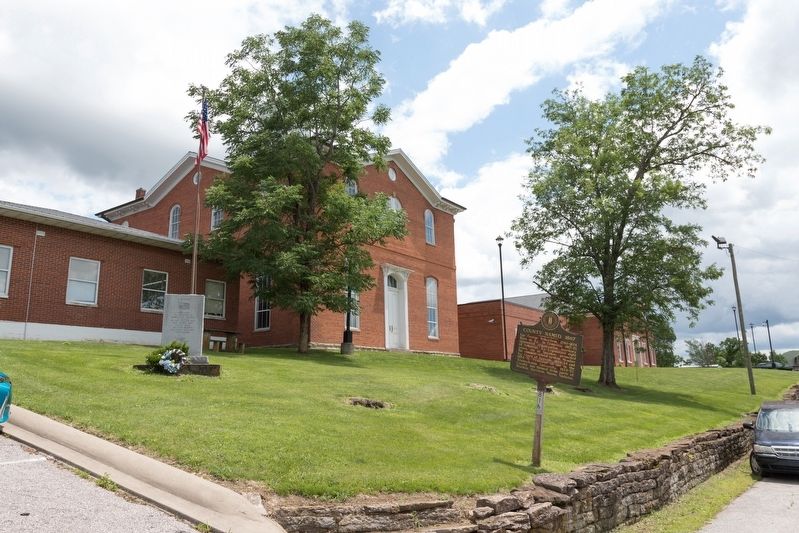 Also see . . .  Wikipedia entry for George Robertson. “He declined the appointment as Governor of Arkansas Territory tendered by President James Monroe and the diplomatic posts of United States Minister to Colombia in 1824 and to Peru in 1828. He served as Secretary of State of Kentucky in 1828. He was appointed associate justice of the Kentucky Court of Appeals in 1829 and served as chief justice from 1829 to 1834, when he resigned.” (Submitted on July 8, 2019.) 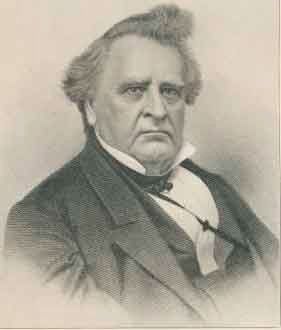