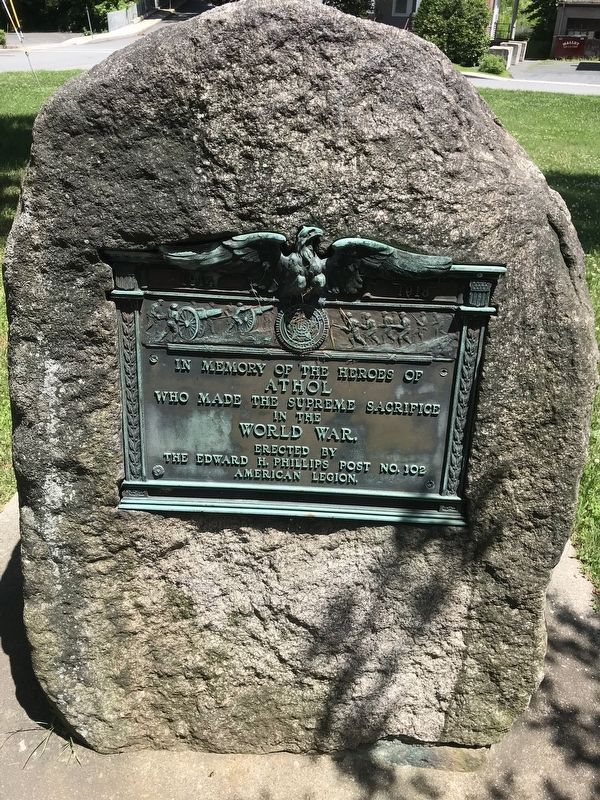 In memory of the heroes of Athol who made the supreme sacrifice in the World War.
Erected by the Edward H. Phillips Post No. 102 American Legion.